Don't Leave the PCUSA to the Narrowest of Minds


PCUSA Headquarters wants to hear from you.  What direction do you think the Presbyterian Church (USA) should take in the future?    Take a few moments to fill out the on-line survey. 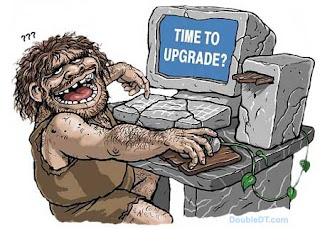 Personally, I think we should ditch the ordination questions (p. 4) and get rid of mandatory beliefs altogether.

I vote for a theological upgrade.

We have a doozy of a Jesus Seminar on the Road this weekend.   Jeff Robbins and Tom Sheehan are the presenters.   The topic will be God, Christianity, and the Human Future.

Here is an interview with Tom Sheehan at OregonLive.


I'm arguing that to think that religion is a path to God misses the whole point. The God of western Christianity is all about human beings. God's doing fine. He is not a neurotic mother who needs to be called up once a week. Jesus was all about people: 'Don't love me. Love one another.'

I interviewed Jeff Robbins about the seminar.    What is religion?


It gives people a narrative frame of reference with which to live their life with meaning and purpose.

Yep, religion is about human beings.  At least that is what I think.

What do you think?

We have about 70 registered so far and we have space for you!