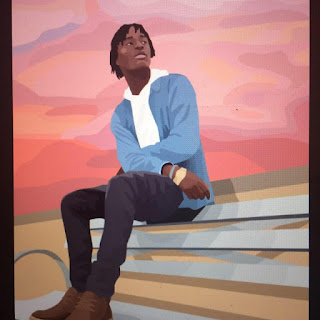 On February 9th he was shot three times by Portland police officer, Andrew Hearst.   He was killed.   This is the same police officer who killed Merle Hatch in 2013.

Why is 17 year old Quanice Hayes dead?  His mother, Venus, would like to know.   She gave a tearful testimony before the city council on Wednesday March 1st.   Here is the transcript:


My name is Venus Hayes and I am the Mother of Quanice, the 17 year old shot and killed by Officer Andrew Hearst February 9th. I would like to thank you all for gathering here today both in remembrance of my son Quanice Hayes and in support of my family’s fight for justice on his behalf.

It has been 20 days since Quanice was taken from me. The days passing his death have felt like a lifetime for my family, and myself as we’ve patiently waited for city and its officials to provide us answers surrounding the events that took my son’s life. As the details are slowly made available to the public my family has had to bare the burden of piecing together what occurred by fact checking statements given in various social media sites and news outlets rather then receiving them from those working this investigation.

Since his death we have learned that Officer Hearst, who was also involved in the death of Merle Hatch, shot Quanice a total of 3 times. To clarify earlier statements and news reports my son died immediately as a result of a gunshot wound to his head.

My son was born and raised in Portland. Quanice was NOT a thug, a gang member or some homeless street kid. He was a funny, adventurous teen who like most kids could at times be a little rebellious. He was my child his life mattered and I want to know WHY he was killed.

We again ask any witnesses of the events leading up to Quanice’s death to reach out to our family attorney Ashlee Albies, the Portland Police, your local pastor or any of the many advocacy groups in Portland. 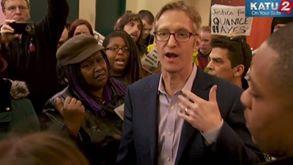 We need an indictment. 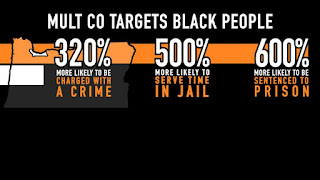 White people need to speak up about it.

If it takes disrupting city council meetings to get some justice around here, then so be it.

Panel on Racism (presentation by JoAnn Hardesty and Ibrahim Mubarak at Southminster).