It is a bit of a learning curve but I am setting up an office studio for Religion For Life.   My goal is by April 1st to have at least four shows recorded, produced and ready to broadcast.   The plan is to get set up and running from my office and then I'll contact radio stations.   I would like to be connected with a real radio station studio at some point but I think it will be an easier sell if I have a product up and running and ready to deliver.   A huge thanks to my friends at WETS for keeping things going on the distribution end.

I am ready, dear authors and publicists, to set up some interviews.  If any of you know of folks who should be on this program (including but not limited to the Portland area), contact me at religionforlife[at]hotmail.com and send media copies of books to

I am working my way through Audacity, have a microphone on order, and I have been practicing by editing and posting sermons on the new Sermon and Jive podcast page.  Check it out.   Texts of sermons here.

I am running some Classic Religion For Life (OK, reruns) on the four stations now.  You can find all the shows by searching the podcast page.   Follow Religion For Life on Facebook and Twitter to see what episodes are currently on air.   This week I am rebroadcasting my conversation with Alex McNeill, who is now the executive director for More Light Presbyterians.   I think it was a fascinating conversation about his journey from female to male as well as his ordination journey.

Speaking of More Light Presbyterians, I have been so preoccupied with moving that I have been out of touch with "the tally."  I am speaking of course of the marriage equality tally in the PCUSA.   Presbyteries are voting on an amendment to the Book of Order to change marriage from "a man and a woman" to "two people, traditionally a man and a woman."   This is Amendment 14-F.

This amendment originated with the session of Southminster Presbyterian Church, Beaverton, Oregon!  How cool is that?   I had nothing to do with it as they had made this overture to Cascades Presbytery while I was still a Tennessean.  I did, however, press my electronic keypad in favor of it at General Assembly.

Where are we now?  You can find the current tally at a couple of locations.  The LayMAN is keeping tabs on us, of course.   By the way, the LayMAN disapproves.  Their new slogan is:


We are the LayMAN.  We disapprove.

Covenant Network keeps a tally.   They do approve.

Writing about marriage equality gives me the opportunity to post a picture of one reason why it matters and of my inspiration, The Mrs. Shucks. 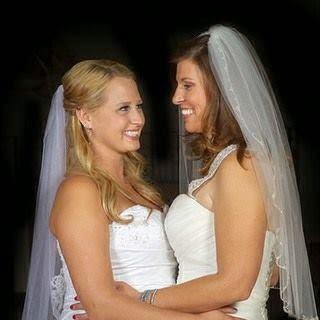 In Appreciation for Marcus Borg

I opened my email this morning to the sad news that Marcus Borg died on Wednesday.  Professor Borg  was instrumental in helping me find meaning in Christianity.  His book, Meeting Jesus Again for the First Time enabled a generation to find a way to enter or to re-enter the Christian tradition by way of history and metaphor. 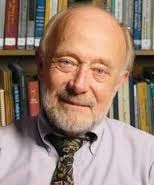 If you search Borg on my blog you will find a number of posts dedicated to the study of his writing.   I gave away and replaced Heart of Christianity many times in my efforts to introduce people to a thoughtful Christianity.   Borg was a founding member of the Jesus Seminar who I credit for helping me find the content of my faith.  I wrote this a couple of years ago:


Two books, Marcus Borg’s Meeting Jesus Again for the First Time and John Dominic Crossan’s Jesus: A Revolutionary Biography changed my faith. Not just my thinking…my faith. Default religion (Jesus died on the cross to save some people from sin so they--Christians--can go to heaven when they die even though most people will go to hell) lost its appeal for me long ago.

Borg and Crossan introduced me to a Jesus who was a real person. He embodied a vision of justice, peace, and hope that wasn’t based on supernaturalism. In opposition to the injustice and dehumanizing forces of Empire, this Jesus preached the “empire” of God that is real, present, and participatory.

I don’t talk or write about my faith too often. It is mine. It is personal. It is sacred to me. Making it public risks misrepresentation and belittlement. I also know that talking about personal faith can sound self-righteous and grandiose.

At the risk of all of that I will say that for me, my search for the historical Jesus has enabled me to find content for my faith. It is not simply an intellectual exercise. This vision, this icon, this myth (in the true sense of that word) of the historical Jesus is sacred.

Jesus stood up for those who were put down.
I trust, I have faith, that I can do that too.
That is the Jesus who is “in my heart.”
That is my faith.
I thank the Jesus Seminar for their part in restoring it.
Maybe the quest will inspire you as well.

Marcus Borg was always a gracious teacher. I was fortunate to have him on Religion For Life three times (Evolution of the Word, Speaking Christian). The one I enjoyed the most was the last when he talked about his book, Convictions: How I Learned What Matters Most.

He will be missed by many.

I count myself among that number.

Much to say about the moving experience.   It is a high stress activity even as it has gone as smoothly as one could hope.   I feel this tearing, torn between two worlds.  I have never lived anywhere as I long as I lived in East Tennessee.  It has been painful pulling up those roots.  We are tenderly re-planting them in Portland.  We have a Portland address but the area where we live is called Bethany, west of the ridge that separates downtown from the western suburbs.   We are renting a home that has a nice yard for the pups.  Who knows, we may rent until we die.  Such is life.

This new position is larger than my last.  We had 192 in worship on Sunday.   People are checking out the new guy.   I am trying my best to learn the ropes, set my timetables, learn names, and figure out the system.   This will be a big job.   In addition to learning the duties of the position I am trying to see how the radio show might work.   I would love to do it here.   I have to figure out how to approach the stations and which stations.

Religion For Life certainly made an impression in East Tennessee.  This past week I received two emails that typify the response.  People either love it or think I am the devil.  Check it:


I go the St Luke’s, Boone, NC. You came to our book group last year.  It is still going strong. I went to my first Jesus Seminar at your church. I have since joined Westar.  It has been life changing. I love your show and trust  the podcasts will continue. I wish you the best of luck in your new life.

See how nice that is?  This is why I do what I do.  And then there is this:


I have followed your unministry on WETS. Thank you for leaving the area.
I believe your views on caring for the environment and equality for LGBT were correct but you have offended way too many fundamentalists who still want (and deserve) to believe that God is real and there is ultimate meaning to the human existence.
Why do you take such pleasure in trying to tear down the most sacred elements of the Christian faith?
Please seriously consider whether or not you might be demon possessed
Even Einstein said it is better to believe in something even if it is wrong, than in nothing at all

Did Einstein really say that?

Daniel Dennett calls that belief in belief.   I have a hard time accepting that believing in something just for the sake of believing is a virtue.   I am also not sure if the alternative to believing in the existence of a supernatural agent is to believe in nothing.  I believe in love.  I believe in you.   I believe in my own definition of God whatever that is.   I don't believe in views of God that don't make sense and I think it is good, even pleasurable, to tear down those sacred idols.

Fun stuff.  I want the fun to continue.  I am going to have fun with this new position.

If you are near our evergreen tree, join the fun at Southminster!