Number One In Abomination!

Glenn Beck gave Portland a boost.   He named the "top 15 cities to avoid like the plague" and Portland earned the number one spot!    Southminster member, Jennie, in response to Glenn Beck, came up with the perfect Portland slogan: 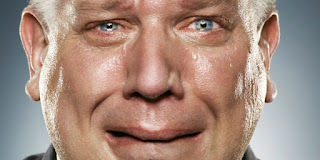 Why does Portland receive such an honor?  According to his website:

I like Portland.  Where else do you find this? 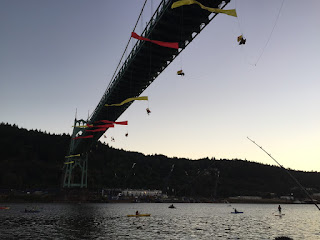 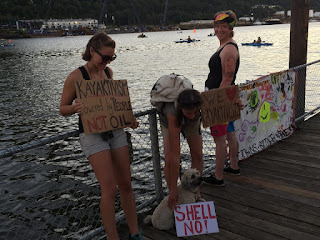 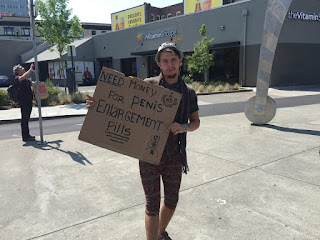 Portland is hosting the PCUSA General Assembly, June 18-25, 2016.   Portland is the perfect place for the apostate Presbyterian Church (USA) and I am sure the LayMAN would agree.   I am even on the Committee on Local Arrangements.  Gotta love that.  Check out our (COLA) Facebook page.

Here is the COLA Logo based on the PCUSA theme: 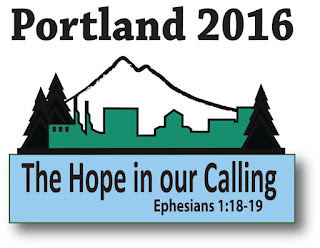 As you can tell, I wasn't on the PCUSA slogan making committee.   I wouldn't have picked a scripture verse from pseudo-Paul.  Be that as it may.

After Glenn Beck's endorsement, I think Isaiah 41:24 would be the perfect text for the match made in nirvana between Portland and the PCUSA:

You, indeed, are nothing
and your work is nothing at all;
whoever chooses you is an abomination.

I wonder if it is too late to change the slogan and logo?

Portland and the PCUSA: Together Number One in Abomination!


Portland and the PCUSA:  A Plague On Both Your Houses!


Portland and the PCUSA:  Still Sinning After All these Years!


Portland and the PCUSA:  Where Heretics Go to Retire!


Portland and the PCUSA:  Lovin' the Canaanite Goddess!


Portland and the PCUSA:  A Glenn Beck Free Zone!

My summer series Bring Your Own Sermon (BYOS) is going even better than expected!  We are having a good turnout for worship and for the discussion following the service.   Here are the questions I have grouped together for this week:
This Fall I am doing a four week class on "The Evolution of God" for our Sunday Starter Adult Class.  Then on November 6-7 we are hosting our annual Jesus Seminar on the Road on the topic of God.

You will get your God fix at Southminster! 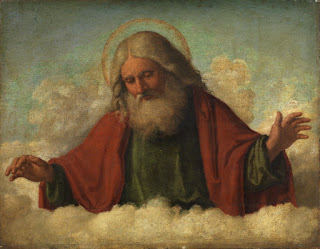 For this Sunday I will probably start with Daniel Dennett's theory on how gods then God came to be. Then I will offer a quick and dirty history of Ancient Near Eastern cosmology and the Ptolemaic cosmology and how "God" fit into that.

What happens to God after Galileo put him out of a home and Darwin put him out of a job?  In other words, what difference does God make or what does God really do?   Those are questions many of us ask.   The existence of a supernatural being who intervenes in the natural flow of life is improbable at best.  This is not news.  Theologians have been saying this for centuries.  Most mainstream seminaries at least present this as a problem.

What do we do about that?  We can call ourselves non-theists or post-theists or a-theists and declare game over, there is no reality to which theism points and thus no need for religion or Christianity.  Some of us do that.  Others of us say, no, there is a place for religion and Christianity even as a supernatural interventionist god is superfluous.   Some redefine God as everything or everything plus  extra or creativity or evolution or process or human aspirations, or you name it.  Some say the term God is too confusing, let's drop it.   I don't think there has to be a final answer at least just yet.

This brings me to my friend, Gretta Vosper.  She goes with the option of God as too confusing, let's drop it.   I think that is a great option.  Christianity needs her voice.   I believe or don't believe as she does and as many do even as they may be less vociferous about it.  I still play around with the symbol God as I wrote in my post in the Friendly Atheist.    I could change tomorrow.  I really like the imaginative work that Nancy Ellen Abrams is doing with A God That Could Be Real. What I don't like and what I will resist is the attempt to silence creative voices such as Gretta's voice by inquisitions.   Don't like doubts?  Questions scare you?  Silence the doubter and the questioner. That is bad faith.

God has always been a human construction.  Is there anything real to which the symbol God points?  I think that is a great question and a worthy one to ask in the context of parish ministry.

Some have asked. "Why stay in the church?"  Why not become a Unitarian Universalist where apparently these questions are more welcome?   I love the UUA and I think in many ways they are a model.  However, I am a Presbyterian.  Denominations are not fixed entities.  They change.  in my view, all of the Christian denominations need an upgrade.

Christianity is never static, always evolving. Now the evolution needs to take seriously modern historical criticism of the Bible, comparative religious mythology (i.e. Jesus mythology) and the meaning of the symbol God in a modern understanding of cosmology. Gretta is saying what many have been scared to say. She needs applause and support. 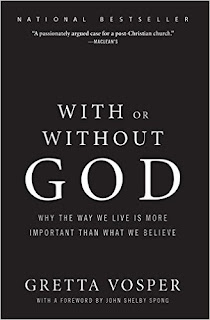 I don't know if I will go into all of that in my sermon on Sunday, but it should be fun!

United Church of Canada minister, Gretta Vosper, is in a bit of hot water with her denomination.  She is an atheist and calls herself that.  The denomination is doing something unprecedented.  They are investigating her to see if she should be removed from the ministry. 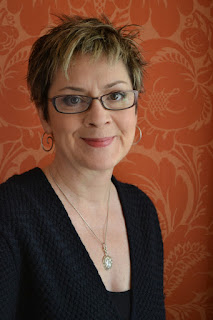 Here is the story in MetroNews.


TORONTO – An ordained United Church of Canada minister who believes in neither God nor Bible said Wednesday she is prepared to fight an unprecedented attempt to boot her from the pulpit for her beliefs.

In an interview at her West Hill church, Rev. Gretta Vosper said congregants support her view that how you live is more important than what you believe in.

“I don’t believe in…the god called God,” Vosper said. “Using the word gets in the way of sharing what I want to share.”

Vosper, 57, who was ordained in 1993 and joined her east-end church in 1997, said the idea of an interventionist, supernatural being on which so much church doctrine is based belongs to an outdated world view.

What’s important, she says, is that her views hearken to Christianity’s beginnings, before the focus shifted from how one lived to doctrinal belief in God, Jesus and the Bible.
“Is the Bible really the word of God? Was Jesus a person?” she said.

“It’s mythology. We build a faith tradition upon it which shifted to find belief more important than how we lived.”  Read More

The legalists are trying to get her on violating her "vows."  If you don't have an argument, crack open the old vow chestnut.


In response, Nora Sanders, general secretary of the church’s General Council, issued a ruling in May laying out a review process that could ultimately lead to Vosper’s defrocking.

Essentially, Sanders said, the review should determine whether she was being faithful to her ordination vows, which included affirming a belief in “God: Father, Son, and Holy Spirit.”

Gretta and her congregation (as well as growing number of people within and without the church) know that the Father, Son and Holy Ghost have caught the last train for the coast.   We are talking about symbols and myths that have long lost any real referent.  The language has been poured out into humanitarian ethics.   As to the church and her boatswain?  To quote Don Cupitt:


The churches have not yet decided what they think about cultural Christianity, probably because so many of those who after realism continue to get aesthetic consolation from Christian culture are prominent amongst their own members--and leaders, too.  Such people know that the old apologetic arguments have all failed, but they do not wish to come out into the open about their own personal lack of strong, or 'literal', dogmatic-realist faith.  Nor do they wish to face up to the Death of God and the looming spectre of nihilism.  So it is generally more comfortable to stay where one is, as a theologian, a bishop or whatever:  to be quietly ironical and not 'come out'.  The old ship can sail on for a little longer yet.  It is not time to take to the lifeboats.

I am not sure about that, though; for there are may indications that the old ship is rotten and is foundering.  (Creative Faith, p. 48)

In the meantime, they try to pretend that the ship is solid and sure and they do so by throwing the mouthy "heretics" overboard.


If we get rid of that pesky Gretta Vosper everything will be just fine.   Father, Son, and Holy Ghost are still there!  See!  In the clouds playing lawn darts and answering prayers (sort of)!  Just close your eyes and believe!

Gretta has chosen another way, a more courageous, authentic path.  She knows it is up to each us to find our way and to make our worlds, with or without God.

May her tribe increase.