An owner of a hardware store in Grainger County, Tennessee decided to stick to his beliefs such as they are.  Jeff Amyx, who also happens to be a Baptist minister put up a sign in his store window that says, "No Gays Allowed." 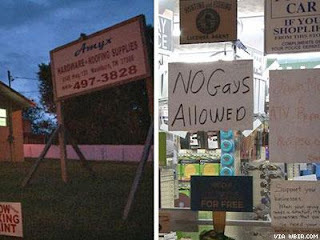 This is a result of the supreme court decision on marriage:


"They gladly stand for what they believe in, why can't I?" Amyx told WBIR. "They believe their way is right, I believe it's wrong. But yet I'm going to take more persecution than them because I'm standing for what I believe in." Amyx said he has no plans to take the sign down.

Actually, the correct word is prejudice and it's the same as it has always been.

Mr. Amyx might want to take a lesson from the Berenstain Bears... 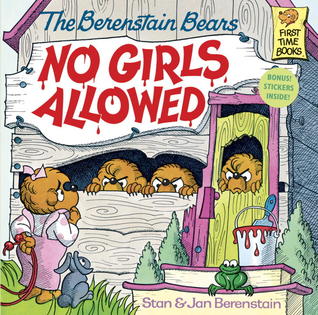 It's not nice to exclude. Reminding you of your manners is not persecution.

My daughter, Katy, posted on her Facebook page that she and her wife, Amber, are legally married in Tennessee.   The Supreme Court voted 5-4 on Friday that states cannot ban same-gender marriage. 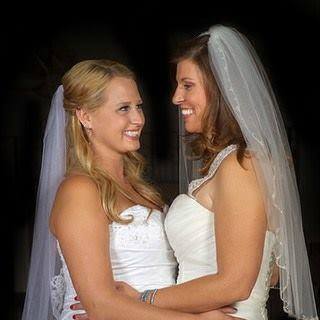 I am sitting here in front of the computer screen not sure what to write next.  I am speechless.  So many have worked so hard and so long and suffered so many disappointments, suffered through so much hate and name-calling and spiritual abuse.

To all my friends, thank you for never giving up.

Love and justice have overcome.

I was interviewed just after Easter by John Gleason host of the Godless Engineer (Facebook, Twitter).  He saw my guest post in the Friendly Atheist and spent over an hour with me.   He asked some great questions.   Topics included a "belief-less" Christianity, the evolution of "God," Christopher Columbus, Ken Ham and much, much more!

Check it out the video!


I will delve into these questions throughout the summer during BYOS (Bring Your Own Sermon)!

Summer Worship Guide for BYOS (Bring Your Own Sermon)

The last three weeks have been updated including welcoming Kile B. Jones, Interview An Atheist at Church on September 20th!

Questions and sermon topics have been submitted (25 in all) and I have distributed them over 12 sermons during the summer.

In this guide you will find the theme for each service based on the questions asked.   After each sermon there will be a few minutes to discuss the questions and the sermon with your neighbors.  During the coffee hour we will meet in the sanctuary for a longer discussion.

If you have a creative element (poem, song, children’s sermon, etc.) for one of the services, it will be most welcome!  Send me an email!

Here is the line-up of questions.    Sermons (text and audio) will be posted here.

June 28th    Talking Theology with Family (and others)

Our youth lead the worship and inform us about their exciting adventures over the summer!

July 26th    The Bible and the Universe Story


August 2nd   A Heart for the Existential Jesus

August 16th    unKingdom of the unGod

On this Sunday we review the book we have been reading over the summer, A God That Could Be Real:  Spirituality, Science, and the Future of Our Planet by Nancy Ellen Abrams.    But here is the cool part:  the author herself plans to be with us via Skype on the big screen.  The sermon will be a conversation between Nancy and I and then the congregation will have the opportunity to ask her questions.  By the way, a podcast of our Religion For Life conversation will be available June 28th.  www.religionforlife.com.

September 13th   A Community Without Answers


This will be another dialogue sermon.  Associate Pastor, Rev. Don Ludwig and I will discuss these three questions:

Interview an Atheist at Church Day is a project created by Kile B. Jones, a Ph.D student at Claremont Lincoln University, an inter-religious school to train ministers. Kile is an atheist who is interested in helping liberal religious people work together with unbelieving communities for the betterment of society.

Some questions for Kile include:

How does your atheism influence your day-to-day actions?
Why don’t you believe in God?
How do you find meaning in an atheistic universe?
Where do you think morality comes from?
How can we find a way to work together?
Posted by John Shuck at 6/18/2015 12:22:00 PM No comments: