The LayMAN continues to think that I am interesting.   They wish to introduce me to Moderator Heath Rada.   We have met already.   I interviewed him and his wife, Peggy, on Religion For Life.   He and Peggy have done great work for the church.   The LayMAN thinks they "got him" when he says that ministers like me all say "yes" to ordination questions.   The LayMAN thinks it can't possibly be true because we aren't all fundamentalists like they are.

The LayMAN and its fan club are not that different from the demonstrators who shouted niceties at us on Palm Sunday.


Those gentlemen made their own video of their "rebuke" of us.  They say similar things that you find in the comment section of the LayMAN:


Gleeful Elbow: "John Shuck is an eruption, sort of like a boil, of the “infection plaguing this denomination. The fact that no governing body is willing to lance the infection and drain the puss means the PCUSA will grow more and more septic."

Don: "I have a quibble regarding the title of this article. Instead of “Rev. John Shuck”, it should just be “John Shuck”. “Reverend” is an adjective that does not describe him."

Roy H. Koerner: "I have read John Shuck’s blog. He should immediately be brought up on charges and subsequently defrocked. How can we maintain an evil liar and unbeliever in our midst."

Dr. Patricia Slomanski: "I wonder if it is possible for our Lord Jesus Christ to pick up the entire PCUSA Headquarters in Louisville and throw it into the lake of fire. I hope so. Let’s hope the ringleaders of this apostasy as [sic] in it when this happens….including John Schuck [sic]."

Loren Golden: "May God have mercy on his soul."

With a signboard and a milk jug megaphone they can audition for the Portland Street Preachers.

The author of the article, Paula Kincaid, fuels the vitriol with her libelous statements:


"...[Shuck] has done precisely what the moderator says is not happening: Presbyterian ministers are knowingly lying and taking ordination vows in jest."


"...Rev. John Shuck and others who have taken their ordination vows with a giggle and a wink."

I do not answer my ordination questions by lying, jesting, giggling, or winking.  I take my promises to be a Presbyterian Church (USA) minister seriously.   Not only do I see no contradiction between these questions and my work, but my work is the fulfillment of these questions.   I take seriously our language of faith and seek to interpret it for today with "energy, intelligence, imagination and love."  That is also true for other clergy who are accused of "lying" and "giggling" their way through the ordination questions.

The LayMAN and the Portland Street Preachers seem to think that the only way a person could honor ordination questions or even be a Christian is to embrace magical thinking and deny science.   How literal is one supposed to be regarding liturgical and confessional language that was created in the pre-modern world?   Are Father, Son, and Holy Ghost playing croquet somewhere northeast of the Milky Way?   Does Dr. Slomansky truly think that a divine being, Jesus Christ, could literally pick up a building in Louisville, Kentucky and toss it into a lake of fire?   It is a challenge to understand the mind of a fundamentalist.   How literal are they, really?

It is most certainly a challenge to reinterpret Christian symbols that were created in the premodern era.   It is a challenge that I think we must accept.   Does saying "yes" to ordination questions require ordained officers to deny science and higher criticism of scripture?  If so, then, yes, the questions are anachronistic.  They certainly are used that way by people who wish to keep us trapped in the 17th century.   I think the ordination questions are about something altogether different.  They are a commitment to honor our tradition as we look toward our future.    I think my own statement of faith (conveniently preserved in pdf by the LayMAN) reflects this commitment.

What is happening is that the PCUSA is embracing change.   The LayMAN and friends were on the wrong side of the LGBTQ justice movement and they are angry and they feel persecuted.  They are on the wrong side of theology as well.   They will get a great deal more angry before they finally realize that the PCUSA has left them behind.   The PCUSA is saying that we are in the 21st century.   We are reexamining our symbols of faith for this exciting and challenging new era.   Our theology  is catching up with reality. 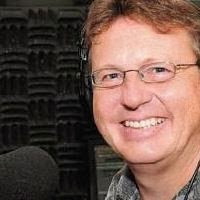 This important work of theological innovation is what I do with my radio show, Religion For Life.    Check it out!

Religion For Life has a new home, KBOO in Portland!  Here is my podcast page on KBOO.   You can subscribe to podcasts here.   Radio stations WETS/Johnson City, TN, WEHC/Emory, VA, and KZUM/Lincoln, NE continue to carry the show.   Please ask your favorite public, community, or college station to carry it, too!

Doug Pagitt, Flipped:  The Provocative Truth That Changes Every Thing We Know About God.

Carolyn Baker,  Love in the Age of Ecological Apocalypse:  Cultivating the Relationships We Need to Thrive.

John Dominic Crossan, How to Read the Bible and Still Be a Christian: Struggling with Divine Violence from Genesis through Revelation.

Harvey Cox, How to Read the Bible.

Nancy Ellen Abrams, A God that Could Be Real:  Spirituality, Science, and the Future of Our Planet.

Good stuff!  If you have ideas for guests, do let me know by emailing me.