My commissioner's resolution regarding The Clergy Letter Project and Evolution Sunday got two votes!   We will build on that.  The vote was 47-2 against my resolution.   Nowhere to go but up.   I am hoping that interested folks in other presbyteries might craft something that will work next time around.

Here is the resolution and comments from advisory committees on PC-Biz. 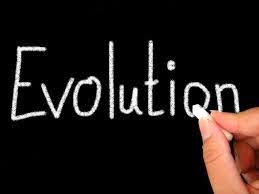 The only press it received was from my friends at the Layman. The Layman wrote two articles about it.  One before the debate and a second describing what happened.

Here is the text of the speech I gave to the committee to offer the resolution's background and intent.


I am John Shuck, teaching elder commissioner from Holston Presbytery.

I am the pastor the First Presbyterian Church of Elizabethton, Tennessee.

Here is the background for this resolution.

David Roane is a member on session and the founding chair of the Pharmaceutical Sciences Department at East Tennessee State University in Johnson City, Tennessee.

Jeff Wardeska, also a member of session, is a retired Chemistry professor and former chair of the Chemistry Department at East Tennessee State University.

Julia Wade, a former member of session, is a retired biology professor at Milligan College in Johnson City, Tennessee.

They are people of faith.  They are Presbyterians.  They are asking the PCUSA for assistance in their calling as science educators in regards to evolutionary theory.

This resolution is not about science in general, which the Presbyterian Church has affirmed.  This resolution is specifically focused on evolution.    It is evolution where these scientists face the struggle with churches and popular culture in regards to teaching evolution in our institutions of learning.  Evolution is where the cultural battle rages.  That is the place where the church is being asked to help.

Biologist Michael Zimmerman created The Clergy Letter Project, the letter you have before you, because of this struggle.   The struggle is with school boards and teachers facing pressure to teach creationism, now called intelligent design, as an alternative scientific theory to evolution, which of course, it is not.

As professor Zimmerman points out, there is no controversy within the scientific community regarding evolution through natural selection.   The controversy is with popular religious culture.   Professor Zimmerman thought if he could get clergy to sign a letter in full support of evolution that might help people of faith who are struggling with perceived conflicts of evolution and faith to support the teaching of evolution in public schools.  There have been nearly 13,000 signatures.    Many Presbyterian clergy have signed this letter including me.   I believe it has helped.

Again, the background for this resolution comes from scientists seeking support from churches and other religious authorities.  They are asking churches to educate their people that evolution in particular, and science in general, is not incompatible with faith.
The intent of this resolution has three parts:

The first is to communicate to the Presbyterian Church and to bear witness to the larger culture that faith and evolution are not incompatible and that evolution should be taught in the public schools not as one theory among many but as a foundational scientific truth.

The second intent is to communicate to our scientists and to our students of science that the church supports them in the struggle to educate the public in matters of science, and in particular, evolution.  One does not have to set aside one’s faith to accept evolution and one does not have to leave aside what they learn from science, and in particular, evolution, to grow in faith.

The third intent is evangelism.   Endorsing the Clergy Letter and establishing the second Sunday in February on the Presbyterian calendar as Evolution Sunday will bring people to church.    Next to Easter, Evolution Sunday is the biggest Sunday of the year in our congregation.   People come to our church because of Evolution Sunday.   People who have been alienated from church because of its negative attitudes toward evolution have found a home with us.   Through lectures, sermons, worship, and outings we worship God and celebrate in a sacred celebration what we are learning about our natural world.  The scientific theory of evolution through the mechanism of natural selection has transformed the way we understand our natural world.

The overall intent of this resolution is to communicate that evolution through natural selection is not something for people of faith to fear, or even to tolerate, but to embrace as a sacred story.    It is good news.

It is fitting to celebrate God’s ongoing creation through the mechanism of natural selection near the birth of the individual who founded it, Charles Darwin.  Because Charles Darwin and his work has often been vilified and misunderstood by the church, it is time to welcome Charles Darwin back to church with open arms and to honor his curiosity along with the curiosity of all scientists as a gift to the church.

Mr. Moderator, thank you for allowing me to provide the background and intent for this resolution.  I will be here for the discussion and at your pleasure, I am available to respond to any questions.

Unfortunately, the committee didn't discuss the resolution when I gave this address.  They heard my speech then debated other matters and didn't come back to it until three hours later, the last thing they did before adjourning.   When the discussion finally happened, comments about it were sparse and went like this:
And that was the show.  47-2 against.

Hey, it was a first try.  Suggestions for improvement might be to eliminate "Evolution Sunday" (even though it is so dear to my heart) and ask the GA to endorse the Clergy Letter Project alone as the United Methodist Church has already done.   Of course, we need more overture advocates and the support of presbyteries.   Other ideas?

We need to be clear on the focus:

We need help from the church in this cultural battle over science, particularly, evolution.

This article offers a reason why.   Neil deGrasse Tyson v. the Right:  Cosmos, Christians and the Battle for American Science.

Here is my interview with Blaine Schubert of the ETSU Natural History Museum who also knows the importance of science education!

Do check out Michael Zimmerman's articles in the Huffington Post and if you are a clergy person and you have not signed the Clergy Letter, please do, and consider celebrating Evolution Sunday or Evolution Weekend next February!