Did you know that 46% of Americans think that the theory of evolution is contrary to the teachings of their faith?  That does not bode well for the future of Christianity nor for education about science.  It is time for the Presbyterian Church to be a leader and to unequivocally support science.   You don't have to lose your brain to gain your heart.

This overture requests the General Assembly to join other faith bodies, like the Methodists, and endorse the Clergy Letter Project and the Christian Clergy Letter.

I sent it as a commissioner's resolution last time.   This is the speech I gave before the committee so you can understand why so many of us think this is important.   Michael Zimmerman, founder of the Clergy Letter Project, wrote about the decision in his Huffington Post Column, Evolution and the Presbyterian Church (Not Quite the Relationship It Could Be).

This time, I hope it will go as a presbytery overture and carry more weight than I can as an individual.  On October 15th, the session of Southminster Presbyterian Church sent the following overture to Cascades Presbytery.   The change from last time is the removal of Evolution Sunday.

If Cascades approves we will still need another presbytery to concur.  Can you give it a try? 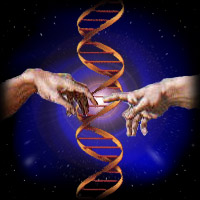 join with the General Conference of the United Methodist Church, the Southeast Florida Diocese of the Episcopal Church, the Southwestern Washington Synod of the Evangelical Lutheran Church in America, and with 13,013 members of Christian Clergy, 514 Rabbis of Judaism, 286 Clergy of Unitarian Universalists, and 25 Buddhist Clergy in endorsing the Clergy Letter Project and the Christian Clergy Letter printed below:

Within the community of Christian believers there are areas of dispute and disagreement, including the proper way to interpret Holy Scripture. While virtually all Christians take the Bible seriously and hold it to be authoritative in matters of faith and practice, the overwhelming majority do not read the Bible literally, as they would a science textbook. Many of the beloved stories found in the Bible – the Creation, Adam and Eve, Noah and the ark – convey timeless truths about God, human beings, and the proper relationship between Creator and creation expressed in the only form capable of transmitting these truths from generation to generation. Religious truth is of a different order from scientific truth. Its purpose is not to convey scientific information but to transform hearts.

We the undersigned, Christian clergy from many different traditions, believe that the timeless truths of the Bible and the discoveries of modern science may comfortably coexist. We believe that the theory of evolution is a foundational scientific truth, one that has stood up to rigorous scrutiny and upon which much of human knowledge and achievement rests. To reject this truth or to treat it as “one theory among others” is to deliberately embrace scientific ignorance and transmit such ignorance to our children. We believe that among God’s good gifts are human minds capable of critical thought and that the failure to fully employ this gift is a rejection of the will of our Creator. To argue that God’s loving plan of salvation for humanity precludes the full employment of the God-given faculty of reason is to attempt to limit God, an act of hubris. We urge school board members to preserve the integrity of the science curriculum by affirming the teaching of the theory of evolution as a core component of human knowledge. We ask that science remain science and that religion remain religion, two very different, but complementary, forms of truth.

This overture is brought in the spirit of faith that joyfully acknowledges
Evolution has been wrongly viewed in some Christian communities as contrary to Christian beliefs. According to a Gallup Poll in May 2014, 46% of Americans think that evolution is “inconsistent with [their] religious beliefs.”

As a scientific theory based solidly on extensive scientific evidence, it has shaped our thinking in the natural sciences and has become the underlying theory for numerous medical advances. As a scientific theory it does not contradict the existence of God, but can be seen as a natural, creative process in God's creation.  It is important for the Presbyterian Church (USA) to be clear that people do not need to reject Evolution to affirm their faith.

In a recent study of why young people are leaving the church, 29% of the youth reported being discouraged by the church's antagonistic view of science, and that many young people are “turned off by the creation-versus-evolution debate.” The research also “shows that many science-minded young Christians are struggling to find ways of staying faithful to their beliefs and to their professional calling in science-related industries.”

(Ref. You Lost Me: Why Young Christians are Leaving the Church...and Rethinking Faith. David Kinnaman, 2011, The Barna Group.)

The 214th General Assembly of the Presbyterian Church (USA) has stated that it:
Other denominations have also recognized the compatibility of modern science and theology. For example, The Book of Discipline of The United Methodist Church - 2008 states, in part, "We recognize science as a legitimate interpretation of God’s natural world. We affirm the validity of the claims of science in describing the natural world and in determining what is scientific. We preclude science from making authoritative claims about theological issues and theology from making authoritative claims about scientific issues. We find that science’s descriptions of cosmological, geological, and biological evolution are not in conflict with theology."

The Clergy Letter Project, www.theclergyletterproject.org founded by Dr. Michael Zimmerman, and signed by over 13,000 Christian clergy has helped clergy and congregations present the scientific theory of Evolution in a manner that respects and engages a thinking faith.
Posted by John Shuck at 10/21/2015 01:49:00 PM