Does God Have A Future? Find Out at Southminster!

I am thrilled about our Jesus Seminar on the Road, November 6th and 7th at Southminster.  Southminster has been hosting JSORs each year for years.   This one could be the most interesting yet.  Here is what I sent to the media: 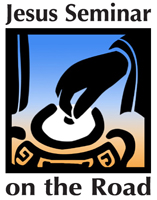 Southminster Presbyterian Church of Beaverton welcomes religious scholars Thomas Sheehan of Stanford University and Jeffrey Robbins of Lebanon Valley College to a “Jesus Seminar on the Road” November 6th and 7th. The weekend conference is called “God, Christianity, and the Human Future.”

The supernatural, interventionist understanding of God is no longer credible in a modern understanding of the universe. Galileo put this god out of a home and Darwin put “God” out of a job. What do we mean by God today? Has God any value for humanity? What about Christianity?

In a significant departure from traditional emphases on beliefs concerning Jesus and the confession of creeds, modern scholarship talks about Christianity as an attitude. What does that mean? And is religion an inevitable part of the human experience? In what ways does religion challenge and change humanity?

Westar Institute - home of the Jesus Seminar - invites members of the general public into conversation with scholars of religion at national and regional events throughout the year. These events provide opportunities for scholars to discuss questions that matter about religion with people from diverse backgrounds and interests.

Here is the website to register!  Hope to see you and bring a friend!

Thomas Sheehan is Professor, Department of Religious Studies, at Stanford University, and the author of many books including Making Sense of Heidegger (2014), Becoming Heidegger (rev. 2011), and The First Coming (1986). Sheehan's interests in biblical history and exegesis include first-century Christianity and early Jewish and Christian apocalyptic.

Jeffrey W. Robbins is Chair and Professor of Religion and Philosophy at Lebanon Valley College, where he also serves as the director of the American Studies program and the Undergraduate Research Symposium. Awarded the Thomas Rhys Vickroy Award for Outstanding Teaching at LVC in 2005, Robbins is the author or editor of eight books, including the forthcoming Radical Theology: A Theological Method for Change.