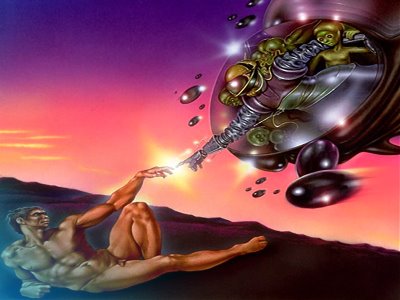 I am not really sure how to go about articulating a theology. I imagine that what I write will be at times random and inconsistent. I may repeat myself. I will leave questions unanswered. Yet there is one thing I need to keep in front of me. The number one question is: why do I feel the need to do this?

Here is my answer to that question: I have two great-nephews and two great-nieces. What will the world be like when they reach my age (about 40 years from now)? What will our world be like in 2046? I care about that. I cannot think of a more important theological question than that one. I and you and everyone has a part to play today in what will happen in our future. If I were a medical doctor, teacher, whatever, that would still be my central question. I would seek to use my skills toward a positive future.

Because I am a clergyperson, theology is what I do. My role is a small one. I am simply trying to understand humanity and humanity's place in the cosmos in such a way that my theology can empower me for positive change. I believe the theology we have inherited is inadequate for the task we face. It is inadequate in function and in its understanding of the universe. You may disagree. That's good.

I do not engage in this to provide answers for others. It is my project, but I invite others to participate with me. You may decide to travel with me for a while then find your own path. I am going to raise some difficult issues. This theology is not mere speculation. If it cannot deal with the toughest issues humanity faces in 2006, then, to use an image from St. Paul, it is dung.

Here are some basics (as I see them):

The birds of the air and fish of the sea have known God far longer than we.
I touched on this in a sermon entitled: "Theology is Earth Science".

A doctrine of Creation must take into account the vastness of the Universe and our Evolutionary process.

I have only begun!