Empire, Paul, Silas, Jesus, and Us 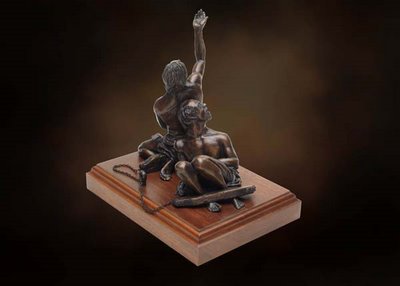 Paul and Silas in Prison

(I sure love to read and respond to your comments on this blog. Most of them that is. However, some of the comments read like this:

“You are violating your ordination vows!”

“How can you possibly be a Presbyterian Minister!?”

“Where is your confessional integrity?!”

I find comments like these tiresome, boorish and always off topic. How to respond? I certainly want to acknowledge the folks who write them and note their sacred worth even though I have no further intention of engaging in that line of conversation.

I have been introduced to a delightful phrase while living in the South. It seems perfect for this and almost any occasion. It goes like this:

You may be saying to yourself, “John, you are really bummin’ me with all of this discussion about oil, ecology, empire and what not.”

I hear ya. That is why I like to play the Galaxy Song every now and then!

You know what the Apostle Paul and his pal, Silas did to pass the time when they were put in a prison cell together?

You guessed it! They sang happy tunes! Confident that nothing (not even their own deaths) could separate them from Divine Love, they put feathers in their caps, a whistle on their lips, springs in their steps, and smiles on their little plump faces.

It is a good anti-Empire story.

Here is a great film. It will take you 45 minutes to watch it on your computer. It will go by fast. It is funny and smart and to the point. You can watch it alone or with someone you love. It is Robert Newman’s “History of Oil.”

Let’s talk about Jesus. Do you know what his favorite phrase was? I think it was his favorite because he said it a lot.

“Looks Greek to me, John,” you say. Very good. It is Greek. It has been translated as
of , Realm of God, Divine Realm, Domain of God, , and Empire of God.

I think that Jesus used this phrase to counter the Empire of Rome. Through his parables and his teachings and by his example of open table fellowship he gave his disciples of glimpse of what the Empire (or Commonwealth) of God is like.

We need to talk about Empire such as American Empire so we can seek an alternative. Tell me about the . What would life be like if we lived out the vision of Jesus?

A new book has been published by Westminster John Knox Press. It is entitled: The American Empire and the : A Political, Economic, Religious Statement.

The authors David Ray Griffin, John B. Cobb, Jr., Richard A. Falk, and Catherine Keller offer their analysis of the American Empire, speak of alternatives to it, and offer religious reflections.

I am impressed with it. It gives those of us who don’t like the way Jesus, God, and the Church have been co-opted by the religious and political right hope and direction. I will be talking about some ideas raised in it in future posts as well as other things!