From Despair to Hope


Special thanks to the Kingsport Times-News for their front page stories today. These stories will save lives. The first is a story about a woman who attempted suicide because she learned negative and harmful messages about her sexual orientation. It is a powerful story of hope.

Despair and anger can drive you to places you thought you’d never go, but so can inner peace and acceptance. This is what Moriah May has learned in the year and a half since she drove her car into Fort Patrick Henry Lake the day after Christmas 2007. 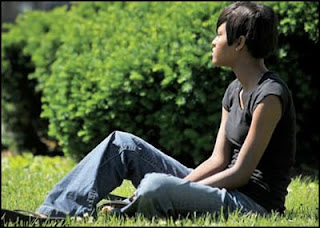 May said she wasn’t thinking of suicide when she went to the lake. She was just seeking solace from emotional turmoil.

“I’ve always loved the outdoors. It helps me relax,” she said.

But that day, “I saw the water and just how quiet and soothing it looked, and I guess I wanted to be like the water and it drew me in. It’s peaceful, and that’s what I was looking for — peace. I thought that is what death would be like, the peace and the calm of the water.”

May, who was 21 at the time and had entered her second semester of college, had told her immediate family that fall that she is gay. While she said some family members were supportive, others were not. (Read More)

The second article features the work of PFLAG Tri-Cities:

PFLAG Working to Make Its Presence Known in the Tri-Cities

Celebrating its first year in existence, PFLAG has taken steps to let those in the gay and lesbian community know they have a voice and that they have support.

PFLAG Tri-Cities is a chapter of Parents, Families and Friends of Lesbians and Gays, a national organization founded in 1972 to promote the health and well-being of gay, lesbian, bisexual and transgender persons, their families and friends.

One of their members said Moriah May’s experiences after she told family and friends she is gay are not uncommon. (Read More)

PFLAG Tri-Cities meets the third Thursday at 7 p.m. on the campus of ETSU. Our next meeting is June 18th. Here is contact information:

Thanks again to Kevin Castle of the Kingsport Times-News for these important stories! Be sure to pick up a hard copy of the Times-News today.