Five weeks ago today my Lovely and I were in Pittsburgh getting ready for the General Assembly of the Presbyterian Church (USA).   We were looking forward to an exciting week.   I was elected as a commissioner and Bev was going to enjoy some vacation.   Zach was going to house sit and take care of the dogs.

Bev and I settled in to our hotel.  Then we wandered around the city.  We went out to dinner and then to a comedy club.   I texted Zach:


We are at the bar in Pittsburgh.  Going to watch a comedy show.  Pittsburgh is a neat city.

He never got it.   He never got any of those texts we sent that day any more than he gets the texts I continue to send him into the aether.

On our way back to the hotel we received a phone call from our daughter.  She was crying and sobbing and scared.  She told us that the police had been to our house looking for us and were coming to her apartment.   By the time we reached our hotel the police had arrived at her apartment.  They told her in person and us by phone that Zach was found in his apartment dead.   In time, when the family is ready, I'll write about the manner of his death.

We packed our things and drove back to our home in Johnson City.

Our lives have been changed forever.

The other day I heard a man in his mid 50s tell his dad who is about 80, "See ya, Pops."  They have lunch every Friday.  I realized another loss.   I won't be growing old with Zach.   All these memories that are so fresh now, will age as will his pictures.   His photos will be dated like those from my high school days in the 70s or like those of me when I was 25.    Unlike my photos, he will be frozen in his forever.

I was 25 when he was born.  I was on the radio.  I was a disc jockey in Seattle for 106-FM KRPM.    I had just finished my show.  I worked evenings, seven to midnight.  As soon as I left the building my wife had called the station.  On my way home the woman who followed me announced on the air that my wife's water broke and I had better get home.    These were the days before cell phones.   That was TMI for the rest of the radio audience but I got the message.    I'm glad I was listening.

I rushed home.  We went to the hospital and within an hour Zachary Andrew Shuck was born, February 8th, 1987 in Renton, Washington.

Our lives were changed then, too.  A new son to go with a toddling daughter. 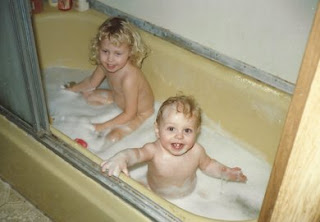 It is right for a father to get a call about his son's upcoming birth.   That is a good change.

It isn't right to get a call about his death.