Doing My Best to Undermine the Authority of Scripture

A new Presbyterian break-off has been formed.  I wrote about it here, ECO?  Seriously?   According to this chart, this latest denomination would be the tenth Presbyterian denomination currently active in the United States. 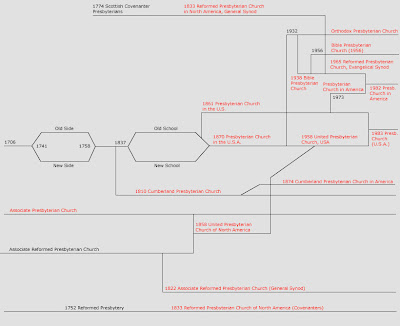 Why so many?   It is about Truth of course.   It is about the Authority of Scripture.
As with the other break-offs it is not slavery, evolution, women, gays or other worldly reasons.  It is about how the Truth and the Authority of Scripture have been compromised by the main body of Presbyterians who are chasing after that harlot "Culture" and her wicked ways.
Now the cynics might say that it isn't the Authority of Scripture at all, just unwillingness to change with a dash of prejudice.  But that wouldn't be fair.  I believe them.  It is about the Authority of Scripture.  Not only that, the PC(USA) is awash in heresy and it refuses to do anything about it.
Take for example, me.  I think the Bible is wrong about most everything.  It is wrong about evolution, slavery, women, and gays.   It has no authority on those topics.   I think the Bible is wrong about cosmology, history, our future, Jesus, and God.   The texts were all written by human beings without any supernatural or special revelation.   Yet I preach in a PC(USA) pulpit.  Run!  Flee!  Escape while you can into the refreshing waters of pure doctrine!
Ten denominations aren't near enough.  We will need plenty more break-offs before we finally give up on the oppressive notion of the Authority of Scripture.   The Bible contains no truth outside of what we can discover through public means of inquiry.   Don't misunderstand.  I enjoy the Bible.  It is a marvelous human book.  I read it and study it with all the critical means at my disposal.   In so doing, I will do my part to undermine its Authority which I think is the next important step for religious freedom.