My heart was strangely warmed when I learned that Lloyd Geering has written another book.   I find him to be one of the most interesting theologians I have ever read.  I have devoted two separate series of sermons to two of his books, one on Ecclesiastes and the other on Evolution. 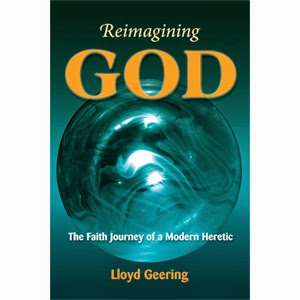 It looks like I will need to devote another series of sermons to his latest book, Reimagining God:  The Faith Journey of A Modern Heretic.  Westar is selling pre-orders now and it will be released in November.  I hope to speak with him about it on Religion For Life.


Here is the tease:


Described by the BBC as “the last living heretic,” Lloyd Geering has spent much of his life wrestling with God. Of late, however, he finds himself struggling with the absence of God. The rise of nonreligious, secular culture around the world testifies that he is not alone, that the concept of God has become problematical. Should God be abandoned altogether? Can God be reformed, so to speak? 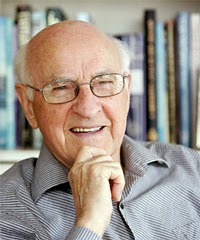 Drawing from theology, science and his own faith journey—from his call to ministry, through his much-publicized heresy trial, to decades of public speaking, teaching and writing, Geering retraces key developments in the Western understanding of God. He imagines a new spirituality, one that blends a relationship to the natural world with a celebration of the rich inheritance of human culture.