The BDS Movement Doesn't Look So Bad Now, Does It Presbyterians?

Now we are in the 22nd day of the massacre of Gaza by Israel's military.  Eleven hundred dead.   Seventy percent civilians.   Netanyahu plans to keep on killing calling it a "just war." 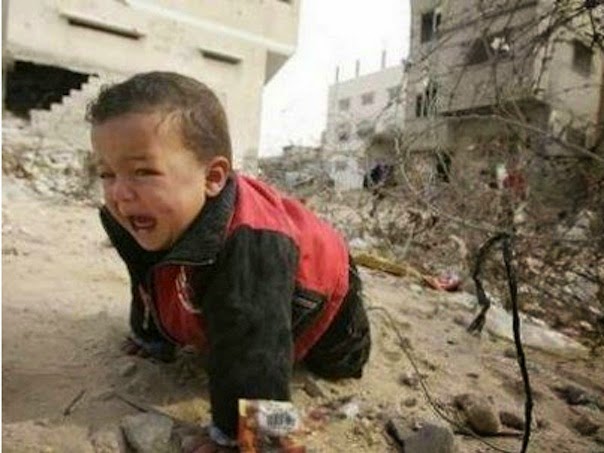 Israel has jumped into the deep end of crazy.    This is the scorecard of death as of last week, when the death toll was less than half of what it is today. 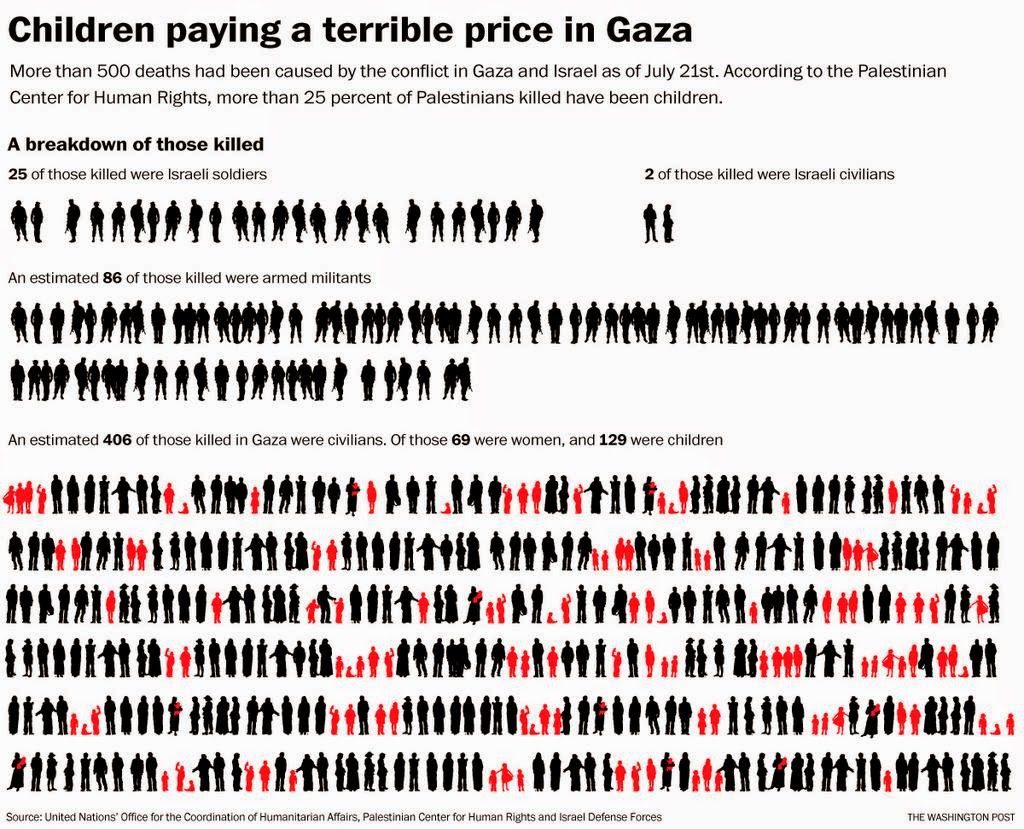 We hear that Israel has a right to defend itself.  Of course it does.  Equally so, the people of Gaza have a right to defend themselves.   Do they not?  There is a back story.  This is not about two equal sides fighting it out.    This is about an occupation, an imprisonment by a powerful nation with advanced weapons over and against an oppressed people who have no escape except death. 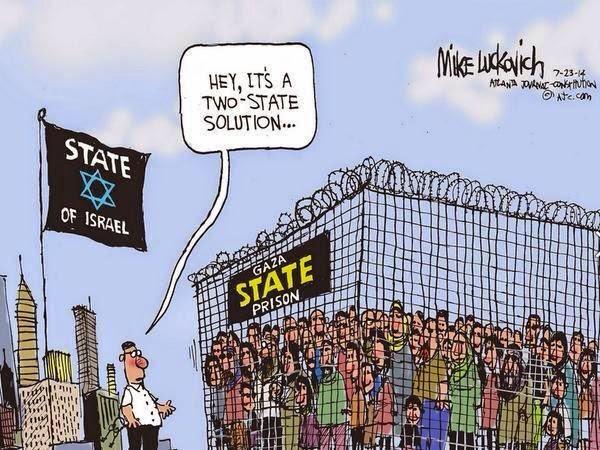 The United States keeps this going.  As Illan Pappe, has pointed out:

"Israel has chosen to be a 'racist apartheid State' with U.S. Support."

Each year our tax dollars, three billion of them, are given to Israel to pay for this injustice.  This is what we are getting for our money: 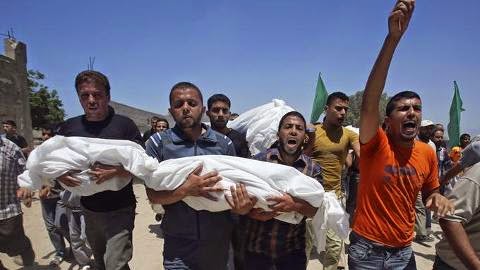 At the Presbyterian General Assembly, I cast my vote to divest from three American corporations who profit from the occupation.  It was a close vote that required a lot of compromise including a statement in which the Presbyterians distanced themselves from the BDS movement:

This action on divestment is not to be construed or represented by any organization of the PC(USA) as divestment from the State of Israel, or an alignment with or endorsement of the global BDS (Boycott, Divest, and Sanctions) movement.

BDS was "the dirty word" this year as "occupation" has been in the past.   Now that Israel has once again shown the world its colors, BDS doesn't sound so bad, does it?

My Religion For Life interview with Jonathan Kuttab of the Sabeel Ecumenical Liberation Theology Center and chairman of the Holy Land Trust, was perhaps the most important of the four interviews I conducted leading up to the General Assembly.    I asked him about the BDS movement and this is what he said:

The movement itself is very clear--a non-violent attempt to respond to this situation of oppression we are in.  Many people feel that Palestinians have the right of armed resistance.  So they pick up the guns; they shoot at Israeli soldiers, settlers, civilians, you name it.  I happen to believe of course in, uh, Sabeel  and other organizations I'm involved with happen to believe that violence is not the answer--that we must seek an effective, non-violent, but real, not just nominal response to the occupation.

So, of course we want to see peace there and we want to see a just solution.  But if the dominant, powerful party refuses to provide that peace, refuses equality or freedom or liberation, then we must work for it and we call on others to help us in that direction.  That's where boycotts, divestment, and sanctions come in.

I encourage you to listen to that interview on podcast if you haven't already.   In addition to that, take 35 minutes and listen to his keynote address to Friends of Sabeel in Pasadena, California in April 2013. He lists four signs of hope.  The second being Israel's shift to the right wing.  He says this is a sign of hope, paradoxically, because it is alienating itself from the rest of the world.  Israel's brutality is waking people up.

It is obvious that the dominant, powerful party is not seeking peace.   I cannot support the rockets from Hamas.  I cannot support the Israeli military.   The best course of action is to resist non-violently the occupation. This means for me and perhaps for you, too…
Finally, I will close with some bullet points from The Holy Land Trust, of which Jonathan Kuttab is president.  This organization is about peace.
Posted by John Shuck at 7/29/2014 12:19:00 PM