The General Assembly will debate on the floor of plenary ordination standards and marriage today. Ordination at two p.m. (3 pm Eastern) and marriage at 7:30 (8:30 Eastern). You can watch the action on the GA webpage and join the Peanut Gallery Advisory Delegates on Twitter (#ga219).

Maybe then we can deal with other important issues such as the collapse of global civilization. This afternoon and evening the assembly will act on reports from the two committees dealing with issues of social justice and ecological justice. That is a start.

I am going to post more on this but I am seriously wondering if we will have even have a General Assembly in two years. 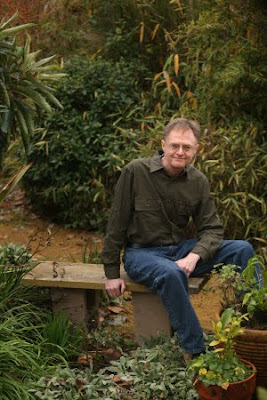 My Thursday group just watched an interview with Richard Heinberg, senior fellow of the Post Carbon Institute and author of The Party's Over, Peak Everything, Powerdown, and Blackout.

He is one of the foremost educators regarding Peak Oil. Are enough Americans facing reality?

Here is an excellent lecture by Richard Heinberg on Peak Oil. A good investment of an hour of your time:

I have to say, it is discouraging that the Presbyterian Church (U.S.A.) does not address Peak Oil. If they have and I missed it, please let me know.

There are bright lights, however. Former moderator, Rick Ufford-Chase, gets the importance of waking up:

Elder Rick Ufford-Chase, Moderator of the 214th General Assembly (2004), said care for the earth is no longer an issue on the fringe, but is now “legitimately the beginning of a movement.”

The signs are that the fringe “has moved to the center,” he said. “God’s spirit is at work and the wave is beginning to crest....”

....He said 20 years from now, the concerns of Presbyterians for Earth Care and other like groups will prove to be the most critical issues of the church.