Creation: In the Right Time 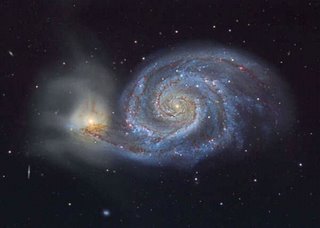 
This is my myth of creation. It has evolved since I wrote its first draft in 1999. I am not a poet, but I try. Mystery is the word I use for the creative force of the Universe. I would love to read your comments, affirmations, and critiques. I do not necessarily respond to comments on my blog, but I read them and appreciate them. You get the last word!

Creation: In the Right Time

In the beginning…
Is there a beginning?
Before beginnings,
Before time,
Outside of space—
In the right time,
When Mystery began to move,
A small speck,
Smaller than an electron,
Smaller than a quark,
A tiny speck existed.
This tiny particle contained all the mass and energy of existence.
All the forces of chaos and of life waited.

Mystery moved and the particle exploded and the Universe burst forth.
Time and space,
All that is…became.
In a flash of energy,
In a flash of light,
In a vibration of sound,
Ten to the billionth power of an atomic explosion is but a drop in the ocean
Compared to the energy created by Mystery.

Cascading light,
And searing heat danced around and around and out.
Spinning and twirling for millions of years—
The fireworks of Mystery,
Dancing to its symphony.
In the right time these dancers gathered
Gathered and gathering,
Collecting,
Attracting,
Repelling,
Neutrons, protons, electrons
Hydrogen and Helium forming in the right time
Balls of light and heat
Pulling and pushing mass and energy into their dance.
Stars and planets and solar systems and galaxies danced to the music of Mystery.
They found their rhythms,
Their paths and their orbits and their place.

In the right time,
Certain solar systems and certain planets
because of their size and the distance from their suns,
were found suitable for something more.
One such planet, an ordinary blue dot in the suburbs of the Milky Way gave birth.
(There may be many other planets who are also life-giving—
Maybe someday those who wonder will be rewarded—
In the right time—
But for now we know of this one.) 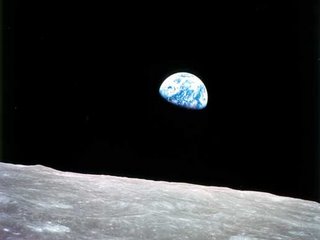 Mystery moved,
And this one planet,
The third from its sun,
Was covered with a thick organic soup.
Hydrogen and Oxygen combined in the right parts,
And Carbon swam with them and the basics of Life joined the dance.

As Mystery moved through the soup,
millions and millions of complex organisms were born.
They all knew a different song and they lived and they died.
Some species survived,
Some did not.
All in their time.

In the right time, the land masses formed,
The continents shifted,
Foliage appeared and new creatures were formed and moved from water to land.

Time passed and Mystery kissed the earth—
Slowly, slowly, hundreds of millions of years passed.
Life changed little by little,
Finally, huge beasts joined the dance.
The Triceratops and the Brontosaurus, Pterodactyls and
Tyrannosaurus Rex lumbered to the music of Mystery.
And these great beasts ruled the earth,
Until nature shifted, and the time came when they were no more.

Mystery moved through all the changes of creation,
Sometimes suddenly, usually slowly,
New species evolved from older species
In the right time,
The hominoids evolved from their ancestors.
They struggled and they changed and adapted to their surroundings.
Mystery moved through all these changes and blessed these creatures.
As they were ready in the right time,
They developed skills to master their surroundings.
They discovered tools, fire, and communication.
They developed abstractions like thought, reflection, wonder, puzzlement, love,
And a desire to seek Mystery.

Mystery blessed this desire and sought out those humans who were sensitive to
Mystery to tell stories about who they were,
And how they came to be, and what they might yet do.
The Summerians, the Hebrews, the Persians, the Greeks,
Hindus, Buddhists, Christians and Muslims told their stories.

Mystery was called by different names in different languages in different places—
The Great Spirit, Marduk, the Goddess, Brahman, The Holy One of , God, Sophia, Christ, Allah, The No-Thing, the Ground of Being.
But Mystery is elusive, not allowing a name to tame it,
Allowing no human to claim it for a possession.

Mystery allows but a glimpse, a darkened mirror.
Yet Mystery blesses all who seek wisdom, who quest for the truth.
Mystery seeks out those who are sensitive to it.
Sometimes Mystery calls us through stillness—
Silent as a Spruce stretching for the sun—
Sometimes She speaks in the cries of the hungry and destitute—
Sometimes He rolls with easy laughter.
Mystery moves—as Earth changes, as the Universe changes—
As human beings change.

Mystery lures us toward life and creativity,
Inviting us to choose the dance.
Chaos and destruction are choices as well.
Yet Mystery will not be limited by our choices.
Creation continues.
Mystery shows us that there is much more than what we see.
There is much, much more to come.

In the right time.

And it is good.