God as a Human Creation

Jack Miles earned the Pulitzer Prize for his 1995 book, God a Biography. He followed it in 2001 with Christ: A Crisis in the Life of God. I recommend both books for the literary analysis Miles provides. He treats "God" as the protagonist of the Bible rather than its author. From the book's description: 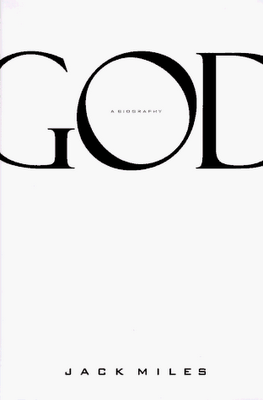 What sort of a "person" is God? What is his "life story"?

Is it possible to approach him not as an object of religious reverence, but as the protagonist of the world's greatest book--as a character who possesses all the depths, contradictions, and ambiguities of a Hamlet?

This is the task that Jack Miles--a former Jesuit trained in religious studies and Near Eastern languages--accomplishes with such brilliance and originality in God: A Biography.

Using the Hebrew Bible as his text, Miles shows us a God who evolves through his relationship with man, the image who in time becomes his rival.

Here is the Creator who nearly destroys his chief creation: the bloodthirsty warrior and the protector of the downtrodden; the lawless law-giver; the scourge and the penitent.

Profoundly learned, stylishly written, the resulting work illuminates God and man alike and returns us to the Bible with a sense of discovery and wonder.

I particularly admired his analysis of Job. In his view, Job wins the debate with Yahweh! More importantly, Miles shows us that the Bible is a literary creation. "God" is a literary character. This may be the one of the most difficult things for modern Christians to appreciate. Yet when we do discover that, then the veils of dogma can be lifted from our eyes and we can witness the beauty and pathos of scripture as a human attempt to approach the Divine.

His second work reveals a Christ as God incarnate, but not in the way much of Christian dogma has boxed him. From the book's description: 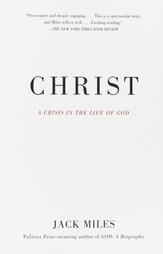 He presents Christ as a hero of literature based only in part on the historical Jesus, asking us to take the idea of Christ as God Incarnate not as a dogma of religion but as the premise of a work of art, the New Testament.

As this story begins, God has not kept his promise to end the five-hundred-year-long oppression of the Children of Israel and return them to greatness.

Under Rome, their latest oppressor, the Jews face a holocaust. This is God’s supreme crisis.

Astonishingly, God resolves the dilemma by becoming a Jew himself, Christ, inflicting upon himself in advance the very agony his people will suffer, revising in the process the meaning of victory and defeat.

By dying and rising as Christ, God not only swallows up the historical defeat of the Jews but also offers the promise of a cosmic victory that will “wipe away every tear” for all mankind.

Miles is not particularly interested in the historical Jesus. He takes both the Hebrew scriptures and the Gospels (mostly Mark) as literary works of fiction. This is a different path than that of historical scholars of Jesus. I find it, however, rewarding. 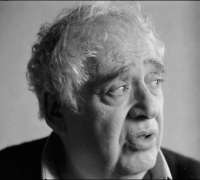 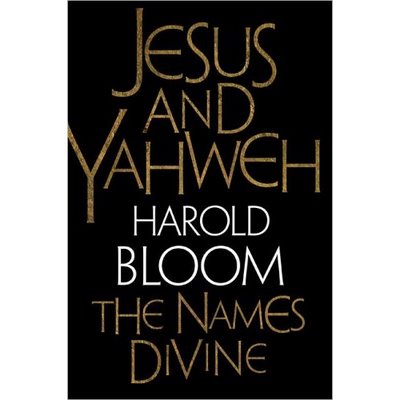 Another literary critic, Harold Bloom, does a similar thing with his book, Jesus and Yahweh: The Names Divine. Bloom is not enamored with Yahweh and his temperment. In an interview with Michael Kress, Bloom says:


You have to be absolutely a bad reader or crazy or so bound by Judaic tradition of that kind which produces Satmars or Orthodox... how can you possibly like him? He's very bad news....
He interests me greatly. I say toward the end of the book, I would like to tell him to just go away, since he's gone away anyway, but it isn't that easy. I end the book on a rather wistful note. There may be a little irony in the wistfulness, but I well remember the last sentence in the book, and it's very deliberately the last sentence, speaking of Yahweh it says, "Will he yet make a covenant with us that he both can and will keep?"

The point of this post is speak about "God," especially the god of the Bible as a creation of human imagination. Does that mean that there is not something real to which this god points? That is an important question too. In my opinion, we can begin to explore that question by taking seriously our contribution to the creation of God even as the God beyond (or through?) our imagination and our words speaks to us.
Posted by John Shuck at 11/02/2006 07:28:00 PM