February 11, 2007 is Evolution Sunday. Dr. Michael Zimmerman, the Dean of Butler University, started this movement. He has collected over 10,000 signatures of clergy (including yours truly) who support teaching evolution in the classroom. In addition to the letter, a Sunday in February is designated to bring awareness of science and religion in the pulpit. This is Dr. Zimmerman from the Clergy Letter Project website:

For too long, the misperception that science and religion are inevitably in conflict has created unnecessary division and confusion, especially concerning the teaching of evolution. I wanted to let the public know that numerous clergy from most denominations have tremendous respect for evolutionary theory and have embraced it as a core component of human knowledge, fully harmonious with religious faith.

In the fall of 2004, I worked with clergy throughout Wisconsin to prepare a statement in support of teaching evolution. We were called to action by a series of anti-evolution policies passed by the school board in Grantsburg, WI. The response was overwhelming. In a few weeks, nearly 200 clergy signed the statement, which we sent to the Grantsburg school board on December 16, 2004. Additionally, groups of educators and scientists sent letters to the Grantsburg School Board and to the Superintendent of Schools protesting these policies. In response to all of this attention, as well as the efforts of others, the Grantsburg School Board retracted their policies. 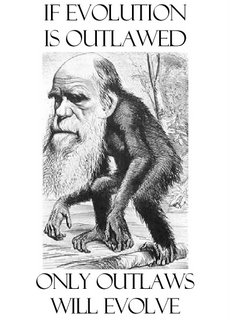 The outpouring of support from clergy around the country encouraged me to make this a nationwide project. If you want to read more about it or join us in sharing this important perspective, click here. Encourage your clergy to consider signing the statement and please feel free to link to these webpages. And, while the current focus is on Christian clergy, please let me know if you are willing to write and/or host a statement from other religions.

Here is a list of participants so far for 2007, a list from last year, and a list of clergy who have signed the letter. If you are a clergyperson, consider signing it yourself and consider celebrating Evolution Sunday!

If you are not a member of the clergy, tell your favorite Rev. to get with Darwin! Here are some resources. And here is the text of the letter:


Within the community of Christian believers there are areas of dispute and disagreement, including the proper way to interpret Holy Scripture. While virtually all Christians take the Bible seriously and hold it to be authoritative in matters of faith and practice, the overwhelming majority do not read the Bible literally, as they would a science textbook. Many of the beloved stories found in the Bible – the Creation, Adam and Eve, Noah and the ark – convey timeless truths about God, human beings, and the proper relationship between Creator and creation expressed in the only form capable of transmitting these truths from generation to generation. Religious truth is of a different order from scientific truth. Its purpose is not to convey scientific information but to transform hearts. 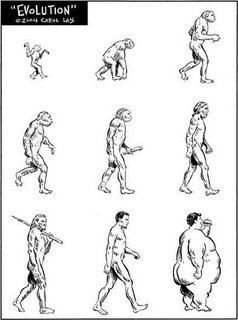 We the undersigned, Christian clergy from many different traditions, believe that the timeless truths of the Bible and the discoveries of modern science may comfortably coexist. We believe that the theory of evolution is a foundational scientific truth, one that has stood up to rigorous scrutiny and upon which much of human knowledge and achievement rests. To reject this truth or to treat it as “one theory among others” is to deliberately embrace scientific ignorance and transmit such ignorance to our children. We believe that among God’s good gifts are human minds capable of critical thought and that the failure to fully employ this gift is a rejection of the will of our Creator. To argue that God’s loving plan of salvation for humanity precludes the full employment of the God-given faculty of reason is to attempt to limit God, an act of hubris. We urge school board members to preserve the integrity of the science curriculum by affirming the teaching of the theory of evolution as a core component of human knowledge. We ask that science remain science and that religion remain religion, two very different, but complementary, forms of truth.