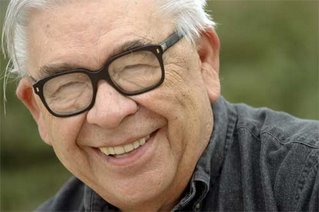 Vine Deloria, Jr. of Standing Rock Sioux origin, was born in South Dakota near the Pine Ridge Oglala Sioux Indian Reservation. He was educated at reservation schools, graduated from Iowa State University in 1958, received a master's degree in theology in 1963 from the Lutheran School of Theology in Illinois, and a law degree at the University of Colorado in 1970.

He began his career as an eloquent, and often highly provocative spokesperson for Indian identity and social change while working at the National Conference of American Indians in Washington from 1964 to 1967. In 1969 he published the first of more than 20 books, 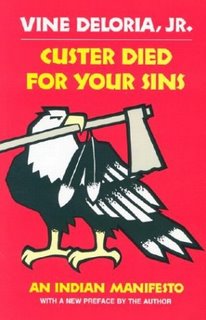 Custer Died for Your Sins: An Indian Manifesto. His most famous book, Custer shattered Indian stereotypes and challenged white audiences to take a hard look at brutal history of American expansionism across the west. His prose and ideas were charged with biting wit (“When asked by an anthropologist what the Indians called America before the white man came, an Indian said simply, ‘Ours.’ ”) and incendiary statements meant to shock audiences out of their complacency (Custer, he said, was “the Adolf Eichmann of the Plains.”)

Among his other books are We Talk, You Listen (1970), Behind the Trail of Broken Treaties: An Indian Declaration of Independence (1974), 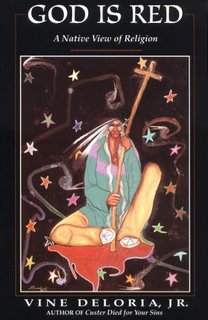 God Is Red: A Native View of Religion (1994), and a variety of works on history, theology, and contemporary Indian life. 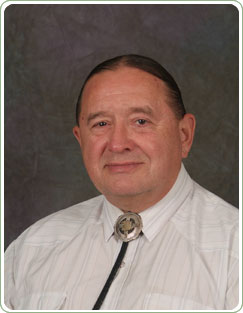 Rev. Dr. George Tinker is Professor of American Indian Cultures and Religious Traditions at Iliff School of Theology in Denver. He is an enrolled member of the Osage Nation and is an ordained ELCA pastor. This is from his biography:

As an American Indian academic, Dr. Tinker is committed to a scholarly endeavour that takes seriously both the liberation of the Indian peoples from their historic oppression as colonized communities and the liberation of White Americans, the historic colonizers and oppressors of Indian peoples. Trained in biblical studies at the Graduate Theological Union, has has moved steadily away from that field of inquiry and towards American Indian studies and American Indian theological discourse in particular. Rather than focusing on mere intellectual ideas and the realms of metaphysics and notions of god, his theological reflection is unashamedly political and social in its reflection. It is an intellectual reflection from within the community experience of Indian peoples and with a clear focus on the well-being of the Indian community. He considers his own community involvement as crucial his intellectual development. ...An ordained member of the Evangelical Lutheran Church in America, he is a member of EATWOT, an association with firm commitments to liberative theology and praxis; a member of the Society for the Study of Native American Religious Traditions; and a member of the Colorado American Indian Movement.

His publications include Spirit and Resistance: Political Theology and American Indian Liberation (2004) 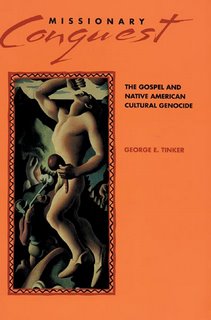 He co-authored A Native American Theology (2001). 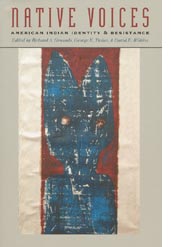 He is co-editor of Native Voices: American Indian Identity and Resistance (2003).


You will need Real Player (it's free) to see this video, The Rocks Shall Cry Out: Consciousness, Rocks, and American Indians. It will expand your horizons!

In 1991, Dr. Tinker wrote an article for Sojourner's Magazine entitled, "For All My People: Justice, Peace, and the Integrity of Christmas Trees." Here is a quote from that article:

"The Lakota and Dakota peoples have a phrase used in all their prayers that aptly illustrates the Native American sense of the centrality of creation. The phrase, Mitakuye oyasin, "For all my relations," functions somewhat like the word "Amen" in European and American Christianity. As such, it is used to end every prayer, and often it is in itself a whole prayer, being the only phrase spoken.
Like most native symbols, Mitakuye oyasin is polyvalent in its meaning. Certainly, one is praying for one's close kin--aunts, cousins, children, grandparents. And "relations" can be understood as tribal members or even all Indian people.
At the same time, the phrase includes all human beings, all twoleggeds as relatives of one another, and the ever-expanding circle does not stop there. Every Lakota who prays this prayer knows that our relatives necessarily include the four-leggeds, the wingeds, and all the living-moving things on Mother Earth. One Lakota teacher has suggested that a better translation of Mitakuye oyasin would read: "For all the above-me and below-me and around-me things: That is for all my relations."
These examples illustrate the extensive image of interrelatedness and interdependence--symbolized by the circle--and the importance of reciprocity and respect for one another for maintaining the wholeness of the circle." (link)