Because the Presbyterian Layman (an incarnation of the fundamentalist right wing in the PCUSA) published this article, I discovered the Christian Alliance for Progress. The Layman is not impressed of course. The Layman's values seem to be biblical inerrancy, Christian exclusivism, and gay-bashing (and not necessarily in that order).

But they did inform me about the Christian Alliance for Progress. This is an assertive coalition of folks who are standing up to the right wing. It is an alliance of people who believe that economic justice, equality, environmental responsibility, healthcare, and peaceful resolution to conflicts are values connected with the message of Jesus. Here are seven values that will change our world:

How We Seek to Follow the Jesus of the Gospels - Seven Values We Share: You can read personal stories about people who have joined this alliance such as this one from Kerri:

I live in the deep south and am surrounded by the 'religious right'. I can't find a place of worship because the churches are full of, and preach the teachings of, the religious right. I have heard many many times by my peers that I was not 'Christian enough'.

During the elections, they couldn't understand how I could support John Kerry instead of a 'God fearing' man like Bush. I am also a staunch supporter of separation of church and state. I think religious beliefs have no place in our government for many reasons, but the most important one is that no one interprets christianity exactly alike.

This view has had me labeled 'a bad christian' ,'not christian enough', or 'turning my back on Jesus'. Jesus is Love, and yet I see so many that claim to be followers of Christ spewing nothing but hate. 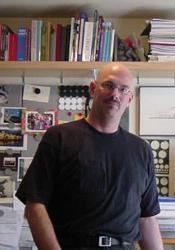 I am a moral gay man and have been a faithful Christian my whole life. That faithfullness took a horrible toll on me when I was younger when I bought hook, line and sinker the fiction that the only two options for me were celibacy or conversion to heterosexulity. I love Karen Armstrong's statement: "Regretably, I am a failed heterosexual."

I became disillusioned with Christianity's hatred of me and my gay and lesbian brothers and sisters. The hypocrisy of exclusion repulsed me. I became a reluctant believer in exile, ostracized by secular society for yearning for an authentic faith in G-d and alienated by Christians for being myself honestly and openly with no apologies or regrets.

May we all find energy and empowerment to make a difference here in our country through our honest faithfulness in the memory and inspiration found in Christ. The kingdom of G-d is best fulfilled by the words: "A world that works for everyone and no one left out." 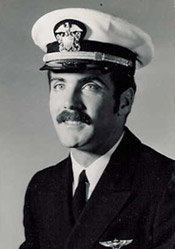 It was Spring 1972 and I found myself flying an A7E attack jet toward the Libyan coast. US fighters were circling overhead and would shoot down any Libyans. TOP SECRET clearance insured that no one, including my wife, would suspect the US was intimidating Libyans for defending themselves. Weeks later, I planned another mission. In the event of nuclear war, I would fly my A7E armed with a powerful nuke to Belgrade. The Gothic cathedral spire dominating the city would be my aiming point! I knew that if I did this, I would stand solely responsible for an action that could claim the lives of hundreds of thousands of people.

God led me to choose-to a place where the heart of Christ overcame my own ego to be the “best of the best” and my nation’s ego to seize ultimate power. It soon became crystal clear that I could not carry through with this act. Because of my faith, I resigned by reason of conscience. 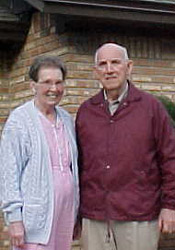 I became interested in photovoltaic power in the early 80’s while reading Popular Science Magazine. My husband Argie and I attended workshops and learned how to harness the sun’s active and passive energy. My faith informed values gave me the vision of “The Big Deal”. It goes like this…

The local utility consumes less fossil fuel. My city and neighborhood get cleaner air. Public health gets better because of lower air pollution, less radioactive waste, and reduction of risks inherent in fossil fuel production. The risks of military intervention to secure an oil supply from the Middle East are reduced. Economic benefits emerge from a new set of allied industries serving the PV electricity demand.

Costs were checked and the project was expensive- over $50,000. Argie and I stepped to the plate. My new house was built and qualified for both Federal tax credits and a 50% installation bonus given by their local public utility! The results were impressive: Efficient systems and techniques combined to reduce electrical consumption from their public utility from 7,568 kilowatt hours in 2003 to 1,670 kilowatt hours in 2004! This 82% reduction of fossil fuel energy consumed was practical testimony to the courage it takes to move out in faith. 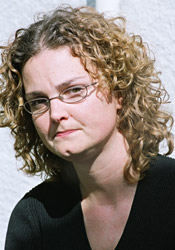 As a young single mother of two, I relied on welfare to get me through college. I remember sitting in a phone booth at Barnard College, pleading with the welfare specialist on the other end to give me my benefits. "Sweetheart," she told me, "there's no way we're going to pay for you to go get more education than I have."

There's so much controversy over the welfare system. The truth is, it's miserable to be a poor mother in today's America. You're treated like a second-class citizen. Someone who breeds children in order to collect a fat welfare check. The reality couldn't be further from the truth. We are women who fight tooth and nail to provide decent lives for our children. It's a miracle that I survived my 5 years in the welfare system with my self-esteem intact. I remember clearly having people roll their eyes at me in the grocery line while I tore out my perforated food stamps. I remember waiting in huge waiting rooms for hours with two cranky children for an appointment with my benefits specialist. I remember waiting for sales on canned goods at my grocery store. I remember what it felt like to have one week until benefits and no more food. I have my Masters Degree now and my children are older. I no longer struggle like I used to. But I will always remember my humble roots and try to combat the stereotypes that are so ripe and prevalent about poor women. I will always fight for economic justice among the poor. It's our duty to help hold each other up. There's an ebb and flow to life. Sometimes we're the ones who need help, and sometimes we're the ones to give it. 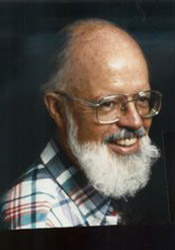 As a concerned physician, I have been led to work for many years to bring high-quality health care to disadvantaged people in this "richest of all nations". With every succeeding year, I have found more people who cannot afford health insurance, who are homeless, who work two or more menial jobs, who cannot afford decent child care, etc. This has meant that more people go without health care until their illnesses are in an advanced stage. They will face increased potential for disability and/or early death.

Caring Christians, following Jesus' words and actions, must seek to provide access to high-quality health care for all persons in the United States. The moral values expressed by this statement are compassion and healing (wholeness and holiness are implied here).

It is easy (and free) to sign up (although donations are most welcome). You can share your story, browse the blog, and tell a friend. I will share my story with them soon. By finding this organization, I am pleased to have found another progressive Presbyterian congregation, Lake Shores Presbyterian Church of Jacksonville, Florida. Their former pastor, Rev. Tim Simpson, is the interim president of the Christian Alliance for Progress. Rev. Gwin Pratt is current pastor of Lake Shores. I haven't found the congregation's web page yet but here is information from the web site of St. Augustine Presbytery. You will find links to other progressive Presbyterian congregations to the right of this blog.