Yet in Thy Dark Streets Shineth... 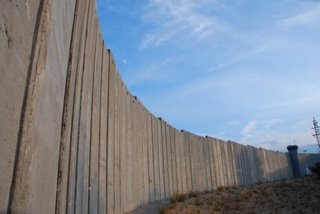 Joel Carillet lives in East Tennessee with one of our church members (when he is home). But Joel is on the road a great deal. He travels extensively, taking pictures, meeting people, and writing about his experiences. He shared some of his adventures during our adult Sunday school class a couple of months ago. He also told us about his upcoming trip to the Holy Land. He has been there several times including just recently. Now, home again, he has posted an article, In Words and Pictures: O Little Town of Bethlehem.

Wow. A lot has happened since I was in the Holy Land in 1994. Please read all of Joel's article. Well written, passionate, factual. Here is how he begins:

For several years now, I've have been unable to lightheartedly sing Christmas carrols containing the word "Bethlehem". That is because in 1996 I went on my first visit to the town, making the acquaintance of people who know what it is to be tortured, to be insecure, and even, in one case, to have lost a friend to suicide because the occupying power's intelligence services had put a beautiful young woman in an untenable situation.

My visit to Bethlehem, then, did not give me the religious warm fuzzies. Rather, it opened my eyes to what it means to live under military occupation.

I have been back several times in the last ten years, most recently in the past week. I am back in the States now and am dedicating this post to the people of Bethlehem, both Muslims and Christians, who are too little understood -- and too easily condemned -- by many Americans. (Read More...)