I will return to summarizing the JSOR and to God and other critical topics. I want to offer this interlude on the election for Tuesday. This election is a critical one as it will determine the control of the Senate and the House and the direction our nation will take for the next several years. Senate races are hotly contested in several states including Tennessee. We have been exposed to all of the advertising. While the negative mudslinging creates nausea, it apparently is effective, or they wouldn't do it.

In an attempt to raise the level of conversation, I ask "What are the issues?"

I have stated earlier on this blog that the critical issues facing us as Americans and as the family of Earth are ecology, energy, and economy. Related to that is the response of empire. Under the guise of combatting "terrorism" we have responded to the three fundamental issues of ecology, energy, and economy with an endless "war on terror." Why are we in Iraq? Dick Cheney spells it out in this Washington Post article. "Full speed ahead....The war on terror is a battle for the future of civilization. It's a battle worth fighting," Cheney said. "It's a battle we are going to win."

We win by attempting to use military power to control the world's resources. Anyone who gets in our way is a "terrorist." Terrorism is a word we use to refer to an enemy who cannot be defined in any tangible way. Terrorism is what the "bad guys" do. It is an emotionally laden word that instills fear and submission in the "good guys" (in this case U.S. citizens) so that they may grant unlimited power to our military leaders to "defend" us.

It is a word to cover what is really happening. The United States is building an empire in order to secure for Americans our way of life that is disproportionate to the way the way of life of the vast majority of Earth's human inhabitants. How does 6% of the world's population sustain its use of 25% of the world's oil particularly when the world's oil is nearing its peak production? In the words of Dick Cheney: "Full speed ahead." Control the oil and label all opposition as terrorists. To help suport that cause you capitalize on societal prejudices such as homophobia and racism to get out the vote.

As we go to the polls on Tuesday, I invite you to reflect on the crucial issues and vote for the candidate that can be best equipped to face them. Click on the images to go to their web pages. 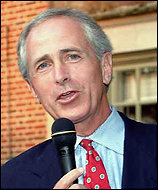 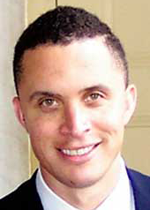 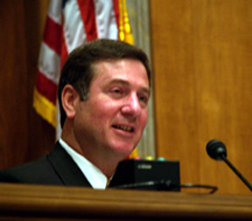 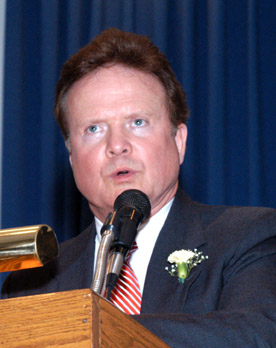 And, of course, I should throw in the candidates for my home state, Montana. Jon Tester and Conrad Burns. 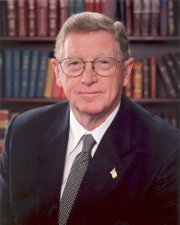 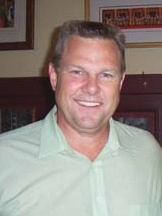 Amendments regarding marriage are on many state ballots as well (including Tennessee and Virginia). I wrote previously regarding my opinion as well as a post why I think this issue is far less important than those that are truly facing us.

So, be the change you want to see. Vote on November 7th.