Then he goes home, and once again a crowd gathers, so they could not even grab a bite to eat. When his relatives heard about it, they came to get him. (You see, they thought he was out of his mind.) Many folks were saying, “He’s out of his mind and crazy. Why pay attention to him?”

Then his mother and his brothers arrive. While still outside, they send in and ask for him. A crowd was sitting around him, and they say to him, “Look, your mother and your brothers and sisters are outside looking for you.”

In response he says to them: “My mother and brothers—who ever are they?”

And looking right at those seated around him in a circle, he says, “Here are my mother and my brothers. Whoever does God’s will, that’s my brother and sister and mother!”

Once when hordes of people were traveling with him, he turned and addressed them: “If any of you comes to me and does not hate your own father and mother and wife and children and brothers and sisters—yes, even your own life—you’re no disciple of mine.”

Then he left that place and he comes to his hometown, and his disciples follow him. When the Sabbath day arrived, he started teaching in the synagogue; and many who heard him were astounded and said so: “Where’s he getting this?” and “What’s the source of this wisdom?” and “Who gave him the right to perform such miracles? This is the carpenter, isn’t it? Isn’t he Mary’s son? And who are his brothers, if not James and Judas and Simon? And who are his sisters, if not our neighbors?” and they were resentful of him.

Jesus used to tell them: “No prophet goes without respect, except in his home turf and among his relatives and at home!”

He was unable to perform a single miracle there, except that he did cure a few by laying hands on them. And he used to go around the villages, teaching them.

I am not an expert on family systems. The most obvious statement in the world is the following:

While many politicians and religious figures claim to be all in favor of family values, I wonder if those sentiments are little more than sloganeering. That is especially true when these same family values groups seek to set policy and pass laws that make it harder for some families.

It is even more curious when these family values groups attempt to base their ideology on the teachings of Jesus and the Bible. Jesus in particular. Here is a guy who left his family and lived with a bunch of men begging around the countryside. He urged his followers to leave their families. In fact he is reported to have said:

If any of you comes to me and does not hate your own father and mother and wife and children and brothers and sisters—yes, even your own life—you’re no disciple of mine.”

I don’t think I have ever seen that verse of scripture on any Mother’s Day greeting card at Walgreen’s.

For mom on her day, a message from Jesus.

I am not an expert on family systems. That should make me less interested in judging others’ families.

My personal story is a fortunate story. I was lucky to be raised in a loving family that provided for me food, shelter, education, stability, and emotional strength. It was and is a loving family. I like to think I passed some of that good on to my current family. From my life experience and from interacting with others in the ministry I know that families are very different from each other. All families, even the good ones, have their stuff.

So we should be kind.
Kind to ourselves.
Kind to others as we do not know what they received or did not receive from their families.
Kind (as we can be) to our own family members.

We should be kind as a society to families however they are configured.
We need families. Whether they are families based on kinship or families of choice, it is wise to be as connected as we can.

There are a couple of things to be said about Jesus and families.

The first is that Jesus did want to strengthen families. 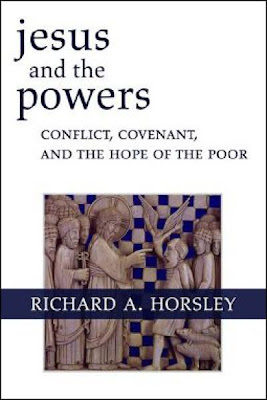 This is from Richard Horsley,

Jesus and the Powers: Conflict, Covenant, and the Hope of the Poor:


Contrary to recent individualist constructions of Jesus as having called his disciples to leave family and village to pursue an itinerant individual lifestyle, the Gospel sources portray Jesus as having sent his disciples into villages to work at the renewal of family and community. In Mark, Jesus repeatedly visits villages or “towns” and places” in Galilee and surrounding areas. Almost in passing, as if it would be obvious, Mark has Jesus teaching and healing in the village assemblies….’ P. 135

When Jesus and his disciples go into villages to heal, cast out demons, and teach, they are doing what we might call today, community organizing. They are helping the village peasantry bond together, resist oppression, and survive economic pressures.

Whenever Jesus does a healing in the gospels, the point is not magical curing of disease, it is about restoring people to community and to family.

The second thing about Jesus and the family is flexibility.

When I counsel couples who wish to be married or have a holy union service, I have them take a relationship inventory. We send it off to Minnesota where the computer evaluates it and send it back. It is a very helpful tool. Through it we talk about communication, conflict, finances, and so forth, those things that make up relationships.

We also look at family of origin issues. One set of questions helps the couple evaluate flexibility and closeness in terms of both their family of origin and in their current relationship. Flexibility relates to how a family makes decisions and adapts to change. The optimum place on the scale is between rigidity on one side and no structure at all on the other.

"If any of you comes to me and does not hate your own father and mother and wife and children and brothers and sisters—yes, even your own life—you’re no disciple of mine.”

What did he mean?

I do know that a lot of mischief has been done in the name of that saying of Jesus as well as this one:

“Here are my mother and my brothers. Whoever does God’s will, that’s my brother and sister and mother!’

Many cult leaders and others with grand ideas have been able to convince people that they should leave responsibilities and family connections for some supposed higher calling.

The question that would need definition is, “What is God’s will?”

I think Horsley is right. Jesus did not intend to start a personality cult. He certainly wasn’t about superstitious metaphysical theories. Jesus was about how to make his people stronger and how to help them let go of unhealthy patterns and develop ones suitable for resistance and survival.

At the end of his life, from the cross, the story is probably legendary, but still it captures his character, he tells the beloved disciple: “Behold your mother.” Whose mother is it? It is Jesus’ mother. Obviously, Jesus did not hate his mother. He provided for her in dramatic terms.

Care for one another as if your tie was biological.

On October 11th over 100 students gathered at ETSU for coming out day. After that event about 50 or 60 gathered at the Presbyterian Campus House to share their stories. I won’t share any specifics but it is safe to say that it was an emotional night. Many of the stories had something to do with religion. It usually wasn’t positive. Some students were shunned by their own family members. Not all. It did make me happy when someone said how important it was for them to be able to be in a house connected with a church where they were accepted. 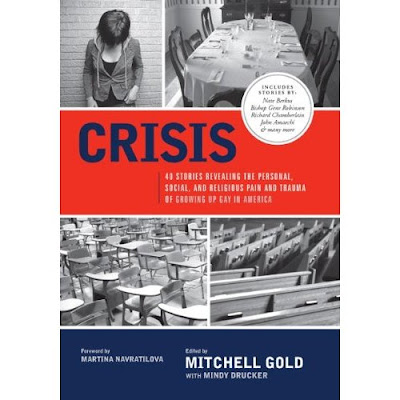 An important book is entitled,

Crisis: 40 Stories Revealing the Personal, Social, and Religious Pain and Trauma of Growing Up Gay in America.


The editor, Mitchell Gold, is from North Carolina, and many of the stories feature people from this area of the country. These are real stories by real people who have had to deal with families.

One of the things that is hurting families today is homophobia.
It is prejudice.

To put it in first century terms, homophobia is a demon.

Homophobia is dividing and destroying families and it is dividing our nation and our faith communities. It is preached from pulpits and courted by sleazy politicians who use it to get votes.

Homophobia needs an exorcism.
We don’t allow homophobia a home.

It is important for our denomination and for our congregations to get this right. We need to be places of healing and wholeness not places of ignorance and condemnation. We need to be courageous and stand up to name calling and bullying and we need to show the world that it is not cool, it is not manly, it is not Godly to participate in this prejudice either openly or by silently allowing it.

We need to heal our families.

May this community continue to be a community of courage and strength, welcome and hope to individuals and to families of all kinds.

And above all and in all,
Let us simply remember to be kind.