The Meaning of Life, Part 31 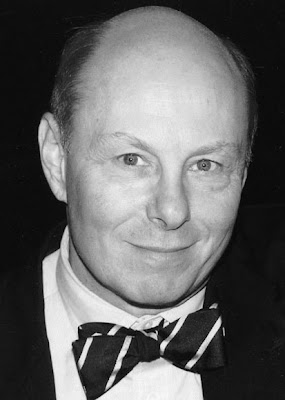 The Long Emergency is going to be a tremendous trauma for the human race. It is likely to entail political turbulence every bit as extreme as the economic conditions that prompt it. We will not believe that this is happening to us, that two hundred years of modernity can be brought to its knees by a worldwide power shortage. The prospect will be so grim that some individuals and perhaps even groups (as in nations) may develop all the symptoms of suicidal depression. Self-genocide has certainly been within the means of mankind since the 1950s.

The survivors will have to cultivate a religion of hope, that is, a deep and comprehensive belief that humanity is worth carrying on. I say this as someone who has not followed any kind of lifelong organized religion. But I don't doubt that the hardships of the future will draw even the most secular spirits into an emergent spiritual practice of some kind. There is an excellent chance that this will go way too far, as Christianity and other belief systems have done at various times, in various ways. 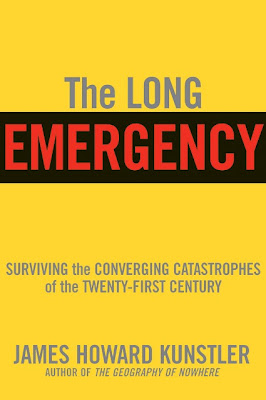 If it happens that the human race doesn't make it, then the fact that we were here once will not be altered, that once upon a time we peopled this astonishing blue planet, and wondered intelligently at everything about it and the other things who lived here with us on it, and that we celebrated the beauty of it in music and art, architecture, literature, and dance, and that there were times when we approached something godlike in our abilities and aspirations. We emerged out of depthless mystery, and back into mystery we returned, and in the end the mystery is all there is. P. 20-1.

James Howard Kuntsler--The Long Emergency: Surviving the End of Oil, Climate Change, and Other Converging Catastrophes of the Twenty-First Century
Posted by John Shuck at 9/07/2009 09:30:00 PM

Email ThisBlogThis!Share to TwitterShare to FacebookShare to Pinterest
Labels: Meaning of Life