Egg on Their Faces

I see in the news that 380 million eggs have been recalled due to a salmonella outbreak. That's an egg for every American with a few million left over.

(CNN) -- The salmonella outbreak that led to the recall of 380 million eggs was preventable and will likely grow, according to federal officials.

Hundreds of Americans likely have become ill from tainted eggs in recent months, according to estimates from the Centers for Disease Control and Prevention, CDC spokeswoman Lola Russell said Thursday.

From May 1 to July 31, a total of 1,953 cases of Salmonella enteritidis were reported. (read more)

We tell ourselves the government and the factories from which vats of meat are mass produced are perfectly normal and good. A lot of money, energy, legal fees, and media reporting will go into propping up that illusion.

Do you know what is in your food?
Do you know how it is made and from whence it comes? 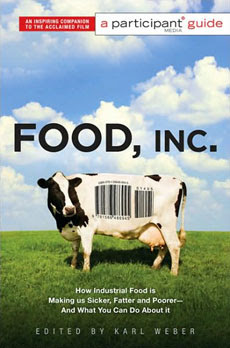 Here is a film that should scare the salmonella (and E. coli) out of you. It is called Food, Inc. and was nominated for an academy award.

I knew things had changed and were a lot different when we raised most of our own food on our small farm in Montana.

But I didn't realize the extent of our situation until I saw Food, Inc. We need to be aware and we need to make some changes. The biggest change is being willing to look behind the curtain.

If watching a film like this is too disturbing for you so you would rather not...

...then that is the reason we are screwed.

The industry relies on the comfort we get from the illusion. It is because we refuse to look in the kitchen and are squeamish to look beyond the packaging of our eggs, meat, dairy, and everything else that this has blindsided us.

The industrialized food factory is unjust, unsustainable, unhealthy, and on the verge of collapse.

Know where your local farmer's market is?
Check out local harvest.
Time to go organic.

Visit the Presbyterian Hunger Program for ideas and resources.


Hat tip to Jennie for the quote of the day:

“A great deal of intelligence can be invested in ignorance when the need for illusion is deep.” --Saul Bellow