I loved this interview Robert Thurman did with the Religious News Service about the boneheaded comments by Fox News Nutjob, Brit Hume.

Here is the interview.

Here are some tidbits.

Q: Was Hume correct that Christianity and Buddhism do not offer the same kinds of redemption and forgiveness? 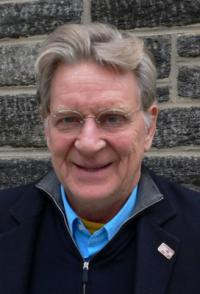 A: I don’t agree with that. Not only is his idea of Buddhism wrong, but his idea of Christianity is wrong. The implication that unethical behavior such as Tiger Woods committed will be forgiven just by turning to Christ is a misrepresentation of Christianity. It’s undervaluing the Christian emphasis on ethical behavior. It’s like the Muslims who think they can blow people up and go to heaven just because they were shouting “Allahu Akbar” when they died. It’s the wrong idea that you just have to believe, not behave.

Right on. And Thurman nailed this, too:

Q: Some Buddhists were offended by Hume’s comments. Were you?

A: Hume is slapping someone who is down by picking on Tiger Woods, who I don’t even know if he is a Buddhist. He is just pandering to the Fox News fundamentalist audience by acting as if Jesus can make everything fine. I think Hume and his colleagues need to commit a little time to interfaith study.

Q: Would you be willing to teach them?

A: Yes, but if (Fox News President) Roger Ailes comes, he has to pay extra. He has to pay Columbia a lot of money.