C.S. Lewis, literary critic turned evangelical apologist, is the darling of fundamentalists. You find his droppings all over the internet when fundamentalists try to score points. For example, yesterday I linked to Robert Thurman's interview with the Religion News Service. The first person to comment on the interview writes:

What do you do with “ I Am the way,the truth and the life and No one comes to the FATHER except thru me”. Either JESUS is who he claimed to be (GOD) or he is and has been the worlds greatest liar.

That is fairly standard fundamentalist fare. We can thank C.S. Lewis for that wave of illogic. In his book, Mere Christianity, Lewis writes:

"A man who was merely a man and said the sort of things Jesus said would not be a great moral teacher. He would either be a lunatic - on the level with a man who says he is a poached egg - or he would be the Devil of Hell. You must make your choice. Either this man was, and is, the Son of God: or else a madman or something worse. You can shut Him up for a fool, you can spit at Him and kill Him as a demon; or you can fall at His feet and call Him Lord and God. But let us not come with any patronising nonsense about His being a great human teacher. He has not left that open to us. He did not intend to." (p. 56 Macmillan, 1960)

Is he right? Are the only choices available to us Lord, Lunatic, or Liar as the apologist website that posted this quote claims? No, of course not. There are other options, including the most plausible: 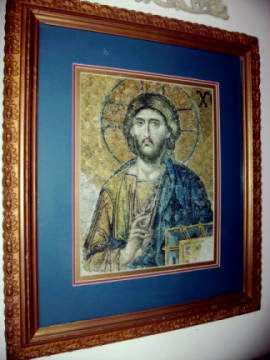 Christian apocrypha presents stories about Jesus from his infancy to post-resurrection. The literature is filled with crazy things this guy said about himself.

The four gospels that made it into the New Testament are hardly more reliable than the others in regards to actual quotes or observations of the historical Jesus.

There appears to be no reliable way to document if anything is historical about him. He was framed from the very beginning assuming he even existed. Virtually everything we know about him is fiction.

None of the above.

The plausible answer is Legend.