Ruppert on the Radio 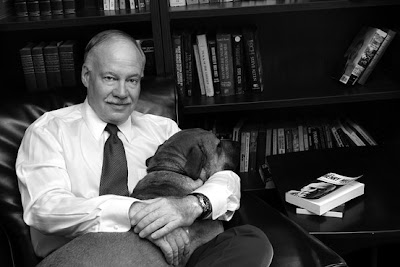 I am looking forward to the debut of Michael Ruppert's new radio show, The Lifeboat Hour.


It will air Sunday nights at 9 pm Eastern on the Progressive Radio Network. If you think Mike Ruppert is just a gloom and doomer, check again:

This is Michael C. Ruppert. I want to tell you about my new radio show, “The Lifeboat Hour” which debuts Sunday September 12th on The Progressive Radio Network, right after Gary Null.

What could possibly be uplifting, liberating or encouraging about Peak Oil, universal cutbacks, climate change, environmental destruction and the collapse of industrial civilization? -- The answer is… “A lot”.

After all my years of work as an author, journalist and activist trying to warn people of a collapse that is now upon us, I'm happy to report that I have a new job. I'm a student again. Did you know that around the world millions of people are actively finding ways to live outside of the corporate-controlled paradigm of infinite growth, pyramid schemes, peak energy, ecosystem destruction, job loss, banking collapse and "The End of the World as We Know It"? Have you been longing for someone... anyone, to show you a way of life that might free you from feeling trapped by it all? Well, your wait is over. 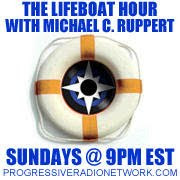 On September 12th I will be premiering a new show on the largest Internet radio network in the world, PRN. You may have read my books or seen me in the movies. But I can guarantee that what you'll hear and experience on The Lifeboat Hour is anything but drudgery, gloom and defeatism. I'll also be featuring music from my band, New White Trash that's fresh, original and finally something all about the world we're living in today. New White Trash will release its new Double CD "Double Wide" on September 12th, with our first selections being played on the broadcast. We felt it's time we all got something from music and entertainment that actually talks about the world we're in now; something that gives energy and puts spring in the step without telling us lies. The final mix and mastering of NWT's music has been completed by the legendary Bob Rice, whose last project before our was for Roger Waters of Pink Floyd.

-- Join me on the Lifeboat Hour, Sundays at 9 PM Eastern, where we’ll mix original music with the madness; laughter with loss, skills with sorrow, community with calamity, love with grief, and joy in the moment.