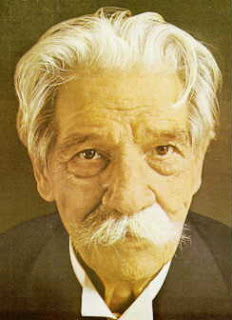 Did Jesus believe that God’s kingdom would come in power in his lifetime? Did Jesus think he was the anointed one (messiah) who would inaugurate the restoration of the and break the yoke of Roman oppression? Albert Schweitzer concluded this in his 1906 classic, The Quest for the Historical Jesus.

The majority of the Fellows decided against Schweitzer. Jesus, they concluded, was not apocalyptic and that the apocalyptic movement was a later corruption to his original message. The original message of Jesus could be found in his authentic parables and aphorisms. The that Jesus preached was within the individual and within the communities of those who followed his vision. The of , over against the , would come gradually, but assuredly, as mustard takes over a field. Scholars who advocated for an apocalyptic Jesus lost interest. I wonder if the Jesus Seminar decided too quickly on that question.

Other scholars have continued to uphold an apocalyptic (or eschatological) Jesus. They include Paula Frederickson, Bart Ehrman, and James Tabor, The Jesus Dynasty: The Hidden History of Jesus, His Royal Family, and The Birth of Christianity.

This post will review Tabor’s book. Published on the 100th anniversary of Schweitzer’s Quest, he dedicates this book to Schweitzer and his genius. Here is the thesis of The Jesus Dynasty:

In The Jesus Dynasty you will discover that Jesus was the firstborn son of a royal family—a descendant of King David of ancient . He really was proclaimed “King of the Jews,” and was executed by the Romans for this claim. Rather than a church, or a new religion, as commonly understood, he established a royal dynasty drawn from his own brothers and immediate family. Rather than being the founder of a church, Jesus was claimant to a throne….Shortly before he died, Jesus set up a provisional government with twelve regional officials, one over each of the twelve tribes or districts of , and he left his brother James at the head of this fledgling government. James became the uncontested leader of the early Christian movement. This significant fact of history has been largely forgotten, or as likely, hidden. Properly understood, it changes everything we thought we new about Jesus, his mission, and his message. Pp. 4-5

Tabor, an expert in the Dead Sea Scrolls is a seasoned archaeologist. In the book’s introduction he discusses the discovery and the ensuing high drama around what could be the burial box of James, the brother of Jesus. You can read this fascinating introduction here and the latest news on his blog.

In reconstructing the life and mission of Jesus and his family, Tabor takes the reader through the birth narratives and suggests that the father of Jesus was not Joseph (neither the Holy Spirit) but someone else, possibly a Roman soldier. This would explain the constant charges of illegitimacy he faced throughout his life. The genealogies trace Jesus back to David (through Mary) to show that Jesus was of royal bloodline and hence fulfills the requirements as the “anointed one” or messiah.

Jesus grew up poor in the Jewish of in the shadow of Sepphoris under the oppressive system of and Herod. Jesus followed John the Baptist and together saw themselves as the messiahs (priestly and kingly) who would serve as God’s instruments in overthrowing ’s rule and establishing a new kingdom. 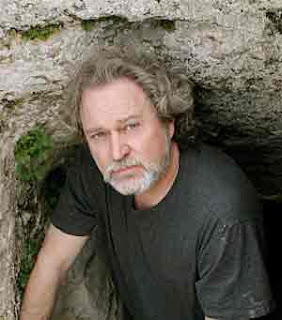 “He firmly believed that if he and his followers offered themselves up, placing their fate in God’s hands, that the Kingdom of God would manifest itself,” p. 201

Jesus did not expect to be killed. He thought God would save him before that. He was executed for sedition, claiming to be King of the Jews. Finally realizing that God was not going to rescue him, he put his brother, James in command. James could be the “beloved disciple” in John’s gospel.

After his death, he is buried—twice. The empty tomb narratives may contain an historical memory that the body had been removed (possibly by his brothers and sisters) from the temporary tomb of Joseph of Arimathea and reburied in an ossuary such as the one that has been discovered that possibly contains the remains of his brother James. Tabor points out that this burial practice from a temporary to a permanent place was common among Jews in that period.

James becomes the leader of the new movement. No theories of resurrection, blood atonement, or the divinity of Jesus for James. Jesus and his followers remain thoroughly Jewish. This movement continues until James is executed in the 60’s. Enter Paul. He invents the resurrection theory based on a vision he has on the . The New Testament eventually affirms Paul’s viewpoint, marginalizes James, and the when the Gospels are written, they are thoroughly Paulinized, especially Luke-Acts.

However, clues and memories remain of the original Jesus movement and message. These memories are found in Q—the material common to Luke and Matthew not found in Mark, the letter of James and the letter of Jude, another of the brothers of Jesus. Also, the Didache reflects the teaching of the early James community as well as portions of the Gospel of Thomas.

That is a quick overview that does not do justice to the historical work of James Tabor. His book is a fascinating read that like a mystery, is hard to put down. He provides a portrait of Jesus and is careful to distinguish speculation from historical fact. The book is for popular readers and regardless whether or not one is convinced by particulars of his portrait, the historical background he provides will change the way you look at Jesus. I found many of the puzzles I find in the gospels making sense in the light of Tabor’s insights.

Tabor does not speak at length about the parables and aphorisms of Jesus which is the defining characteristic of Jesus Seminar scholars, who, for the most part, view Jesus as a traveling sage. I am curious how the parables fit with Tabor’s portrait. 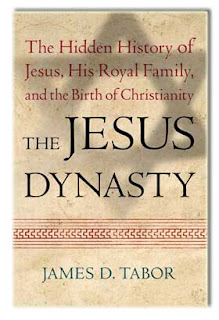 I strongly recommend this book for those who are curious as to what Jesus was about. It isn’t the only book you should read on the historical Jesus, but it will whet your appetite for more.

What about traditional faith claims, Virgin Birth, Divinity of Jesus, Resurrection, Second Coming, etc? That’s just it. They are faith claims, not historical claims. They may not even be particularly interesting as faith claims.

My second post on this blog, which got the ball rolling and angered some of my conservative colleagues was entitled, What if We Found the Body of Jesus? I suggested that historical study of Christian origins had shattered the historicity of the resurrection. We may never find the bones of Jesus, but we may be getting close.

What would this mean for faith? Obviously, the James group didn’t need a resuscitated corpse to retain faith in God’s kingdom. The idea that Jesus was God or was born of a virgin or would come again someday in the clouds would have been as preposterous to them as Pinocchio becoming a real live boy.

After reading Tabor (and Schweitzer before him), we might conclude that Jesus was a failure. In one sense, that is true. But in another sense he failed in the words of Tom Robbins, with wit, grace, and style.

"So you think that you're a failure, do you? Well, you probably are. What's wrong with that? In the first place, if you've any sense at all you must have learned by now that we pay just as dearly for our triumphs as we do for our defeats. Go ahead and fail. But fail with wit, fail with grace, fail with style. A mediocre failure is as insufferable as a mediocre success. Embrace failure! Seek it out. Learn to love it. That may be the only way any of us will ever be free." Even Cowgirls Get the Blues, p. 173

Jesus spoke for something. He was deluded perhaps, from our point of few, with ancient apocalyptic thinking. We don’t need to repeat that. However, he did live for justice, for the poor, and for peace. And he gave his life for it. May his tribe increase.