Have you heard about Friends of Tweetsie? Dan Reese sent me this bit of news. It sounds like a great idea to me. This is from Dan:

We are planning another Walk on the Tweetsie Trail on Sunday, February 25th at 1:45pm and ending around 4:00pm. Gathering in front of Nelson Fine Art, 324 East Main Street we will walk from downtown Johnson City to the Sycamore Shoals Park area in Elizabethton. Jeans, good shoes, and water are recommended. Individuals are encouraged to team up and park an auto at the parking lot at Sycamore Shoals Park for the shuttle back to downtown Johnson City. Parking in Johnson City is available on Main Street and in the Cherry Street parking lot at the corner of South Roan St. and State of Franklin Dr. In case of very inclimate weather I will send out a cancellation notice on the prior Saturday. Please pass this along to those you know and invite anyone interested in this unique feature of our area to join us. Questions can be forwarded to me at: dreese_52@hotmail.com

Here is the deal:

Proposal for the Organization of the “Friends of the Tweetsie Trail”

A group of citizens excited by the possibility of developing a biking and hiking path from Johnson City to Elizabethton using the old ET & WNC rail line. This group would be advocates for the acquisition of a planned use trail. The Tweetsie Trail would enhance the quality of life of our area by the building of an accessible route that would provide opportunities for exercise, enjoyment of the beauty of nature, and a place to find peace in a metropolitan area.

This group would meet openly with community groups and local governments to raise support for this issue. It would be open to any individual interested in investing time and talent in making the Tweetsie Trail happen.

Taking from the success of the Creeper Trail in Southwest Virginia the group would show the positive economic impact such a project would produce. Clearly the positive appeal of such a regional asset would attract visitors to the area from other areas of the Southeast.

The group would show how this project would positively impact the quality of life of the citizens of our area by providing a healthy recreational opportunity that would be accessible to our children, seniors, bikers, hikers, and many other groups.

The group would promote conservation of this as a ten mile long green space whose positive environmental impact would be another justification for the expenditure of public funds to develop the trail.

The group would lobby local legislators to support the trail and its benefits to the people of Northeast Tennessee.

Here is an article in the Johnson City Press about this a couple of weeks ago:

Will area see its own version of Creeper? - Friends of Tweetsie hope so 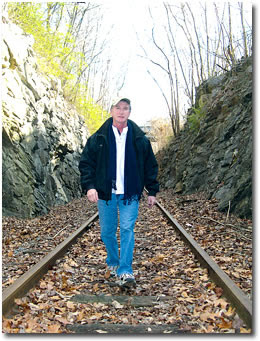 Dan Reese walks the tracks of the East Tennessee Railway in Johnson City. Reese is part of a group called “Friends of the Tweetsie Trail” that hopes to turn a section of the line into a recreation trail. (Gregg Powers / Johnson City Press)


In the future, the Friends of the Tweetsie Trail, a group of local hikers, bikers and outdoors enthusiasts, envisions the railway on which Tweetsie once operated as a much smaller version of the Virginia Creeper Trail.

“My family comes from a railroad background and I understand the love and the lore of railroads. I appreciate that and even as a kid I rode on the Tweetsie up in Blowing Rock, N.C.,” FTT member Dan Reese said. “My thought was that the trail would make a wonderful space for people to use to walk on, bike ride, to exercise in our metropolitan area and it would provide a venue for a good, healthy outdoor experience for a lot of people.”

Reese calls the section of railway a hidden treasure.

“When you walk the line between here and Elizabethton, it’s grown up with trees and is actually secluded as you walk it,” he said. “It goes through some nice pasture land, horse farms and crosses pretty Buffalo Creek.

The portion of the railway Reese and others are interested in runs from Legion Street in Johnson City to near Sycamore Shoals State Historic Area in Elizabethton.

“We are encouraging folks to write letters, send e-mails and sign petitions to local government officials advocating that someone pursue the acquisition of this piece of property for a greenspace,” Reese said. “We have contacted the Johnson City commissioners and I’ve been in contact with individuals in Elizabethton. There is a strong group of individuals in Elizabethton who view this as not just a possible excursion railway, but as a possible greenspace. So, there’s a base of support there too.”

Reese said at last count there were about 450 signatures on a petition for the move. 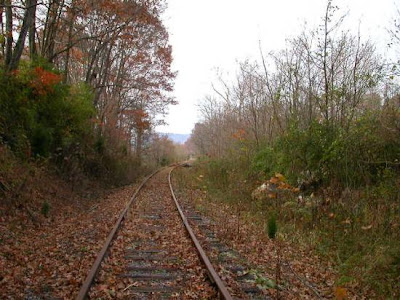 “In Johnson City, we are trying to drum up support for local money to be used along with private foundation or local government money to purchase it for the betterment of the citizens of the area,” Reese said. “The railroad has apparently received offers from several groups. The railroad is looking at its options for the best release of the property.”

For more information about the Friends of the Tweetsie Trail, contact Reese via e-mail at dreese_52@hotmail.com. (Read More)