Can We Talk About Gun Control?

CNN reports that Cho Seung-Hi purchased one of his weapons recently.

Cho paid $571 for a 9 mm Glock 19 pistol just over a month ago, the owner of Roanoke Firearms told CNN Tuesday. He also used a .22-caliber Walther pistol in the attack, police said.

John Markell said Cho was very low-key when he purchased the Glock and 50 rounds of ammunition with a credit card in an "unremarkable" purchase.

Cho presented three forms of identification and did not say why he wanted the gun, Markell said. 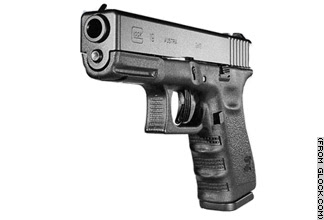 Here is a video of a 9mm Glock 19 in action at full automatic. It can fire 15 rounds.

A semi-automatic, what Cho had, can fire 15 rounds as fast as you can pull the trigger 15 times--about six seconds. 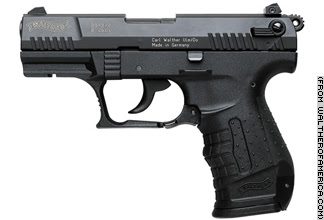 He also fired a 22 caliber Walther pistol with a magazine capacity of seven rounds.

Cho, an English major, wrote a couple of plays you can read here. We can do a few things. We can say he was twisted, crazy, or demon-possessed. We could protect ourselves in that way. Yet, we need to ask: how many others have these "plays" in their psyches? The answer: more than you care to imagine.

The help he received was from his local gun shop. The gun shop owner is not at fault. He followed the law. In a side article entitled, Gun Control Unlikely to Get on Agenda Despite Shootings, CNN reports:

Is the Virginia Tech tragedy likely to put gun control on the political agenda? Don't bet on it. In recent years, gun control has been an issue most politicians prefer to stay away from....

Sen. Dianne Feinstein, D-California, issued a statement saying, "I believe this will re-ignite the dormant effort to pass common-sense gun regulations in this nation.''

But public anger is not usually sustained very long, whereas gun owners remember every gun control vote as a threat to their rights. Gun owners vote the issue. Supporters of gun control typically don't. So politicians believe they will pay a price at the polls if they support new guns laws, even when most voters agree with them. When it comes to public opinion, intensity matters. Not just numbers. (read more)

So what should we do? Load all of our college kids up with guns and hope the good guys get the draw? Maybe. Along with their dorm keys, copies of Nietzsche, credit cards, video games, and beer bongs, we could give all freshmen their very own 9mm Glock. School is hard. Shoot first and often.