Easter Sermon: What if We Found the Body of Jesus? 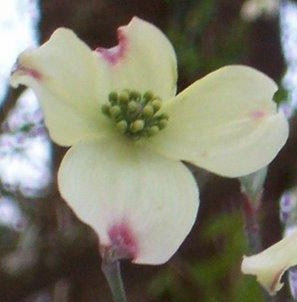 The Easter sermon I preached today is on the church's webpage. Here are some highlights. I began:

Before we get started I want to make two points perfectly clear.

Number 1: I believe fully in the Resurrection of Jesus. I don’t simply believe it. I trust it. I try to live by it.

Number 2: I believe the remains of the historical Jesus decayed like all human remains decay.


Easter is about a new consciousness and a new awareness.
It is courageously awakening to God's kingdom on Earth.
It is the power of love that confronts the powers of violence and oppression.

We are the resurrected body of Christ that bears Empire's wounds. We all bear the wounds that are the consequence of the ideology of peace through violence. Earth itself bears these wounds.

The resurrection of Christ to me is not about heaven in the sky when you die. It is not about believing in a resuscitated corpse. It is also not merely a metaphor, symbol, or subjective vision. To see the resurrected Jesus or the cosmic Christ is to glimpse in a person the summit of consciousness to which we are ascending.

Who is our neighbor?
What is peace?
What is justice?
What is love?
What are our values?
How do we develop them into action?

Also, this resurrected Christ bears wounds. In the passage we heard today from the Gospel of John, the resurrected Christ bears the wounds of his execution and invites Thomas to touch them. Jesus was executed by Empire. Empire which promised peace through violence executed an innocent man. Jesus didn't die of old age or get trampled by a runaway horse. He was executed by established authority. He was crucified because the normalcy of civilization thought the world would get along better without him or his kind.

The logical conclusion of peace through violence is the death of the innocent and the death of justice. Jesus on the other hand, taught, lived, and died for peace through justice. His way was the way non-violence, love, and compassion for all with a special concern for the poor and the exploited. The resurrection is God’s ‘yes’ to the Empire’s ‘no.’ God reversed the Empire’s decision.

Easter is the joyful celebration that the God of Jesus is alive in all of us.
Easter is an invitation to awaken to God's kingdom on Earth as it is in heaven.
Easter is the hope that we are ascending to the summit of consciousness.
We may be in the basement or in the barn. We may be in darkness.

But there is a light. Light is the symbol for consciousness.
The Gospel of John says that Jesus is the light of the world.
Jesus is one of the great light-bearers.
He pointed us to the light within and among us.
Seek it. Let it shine.