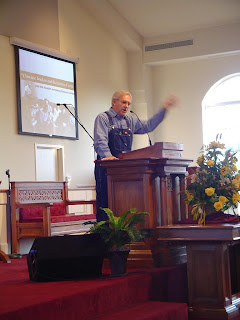 Dr. Robert Hamblin, a professor of English at in , will present “Preacher in Overalls: The Story of Clarence Jordan and Koinonia Farm” at 11 a.m., Sunday, June 29, at the First Presbyterian Church of Elizabethton, .

Jordan (pronounced Jurden), the legendary Baptist preacher who died in 1969, and his wife founded Koinonia Farm, a communal, biracial fellowship, near , in 1942. The group was subjected to years of violence and threats from the Ku Klux Klan, but the farm survives today as both a working farm and a religious center promoting peace, inclusiveness, and non-violence.

is also well known as the author of the Cotton Patch Gospels, a translation of the New Testament into the Southern vernacular that Jordan, a native Georgian, spoke and heard.

Jordan and Koinonia Farm heavily influenced Millard and Linda Fuller, the founders of Habitat for Humanity, as well as President Jimmy Carter.

Hamblin’s Chautauqua-type impersonation of includes both the history of Koinonia Farm and excerpts from ’s sermons and books.

Hamblin credits his attendance at a Missouri Chautauqua program for stirring his interest in developing the program. “My entire family enjoyed Chautauqua immensely, and I thought it would be fun to portray a historical character in that fashion,” he said. “And I’ve been a huge admirer of Clarence Jordan for a long time.”

Hamblin adds: “Because of my teaching style, my students sometimes ask if I have ever been a preacher. This way I get to be a preacher and don’t have to write my own sermons.”

Admission to the program is free, and the public is invited. We will take an offering for Habitat for Humanity in place of an honorarium. 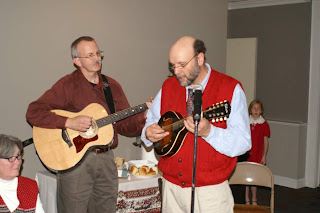 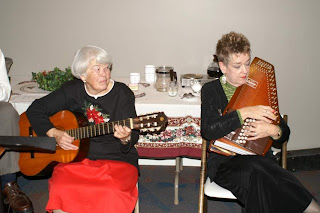 accompanied by our own Liturgical String Band.