I am back after holiday in Montana. I visited family and celebrated my dad's 90th birthday! Did a little reading. 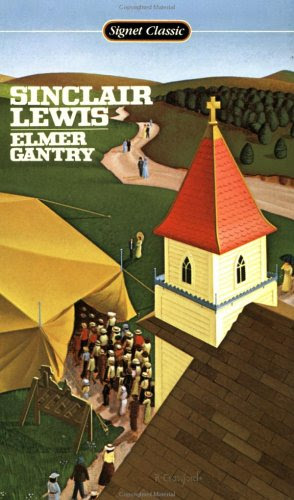 This is a good read for anyone who is or who wishes to be a minister, liberal or conservative. Elmer is a completely non-sympathetic character. He is the archetype of the ambitious, hypocritical preacher. Any preacher with any self-reflection should be able to see a little of Elmer in her or himself.

The book is not really about Elmer the preacher (the character is much too flat for that). It is a critique of the church and of Christianity as a whole. Elmer makes it to the top because the church rewards hypocrisy and showmanship. What kind of church--what kind of society--do we celebrate that allows Elmer Gantrys to make it big?

The book shouldn't be confused with the film, which is also excellent, but it is a different story.

The film's Elmer is more sympathetic as he is able to self-reflect.


The book's Elmer has no such skills. 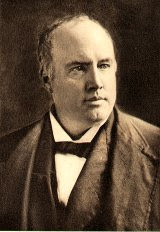 For example, Elmer's best sermon is a stolen paragraph by higher critic, Robert Ingersoll! The irony is totally lost on Elmer.


I was reading and thinking about Elmer Gantry over my vacation. I was thinking about being a liberal minister who embraces higher criticism. My critics say I am a hypocrite for doing so. Maybe they are right.

Lewis skewers the church of the 1920s and never lets up. I was hoping to see the liberal character, Rev. Frank Shaller, who does embrace higher criticism (and social justice), win the day. He does not. Elmer outs him publicly and forces Shaller to resign his post.

In the pulpit Shaller never seems to be able to move out of self-pity and his own condemnation of the church. Only when he leaves the church does he find his voice. He goes on the road to speak his views about the dangers of the fundamentalist movement. He doesn't finish his first speech when he is physically beaten by a bunch of thugs who do not cotton to his "atheistic" views. Lewis leaves Shaller beaten and humiliated. Perhaps he is the Christ figure? But if so, there is no resurrection. Again, the critique by Lewis is not of Elmer but of the church who loves the showman over the thinker.

Has the church made any progress since the 1920s? The Elmer Gantrys still seem to capture the emotions, the politicians, and the pocketbooks. I suppose that is to be expected.

What of those--the Frank Shallers or the Robert Ingersolls--have they made any worthwhile contribution? Have they found a way to make their voice heard? Or as Sinclair Lewis seems to suggest in his novel, Elmer Gantry, is higher criticism incompatible with the church?

I have to say, I find it rather lonely to be theologically liberal. I am also liberal socially and politically on many issues and I cheer on my colleagues who are all about social justice even though they don't make too much use of higher criticism.

But there are few of us who fully embrace higher criticism (over against creed or dogma when pitted against it). I am not complaining, oh maybe I am a little, but I do wonder why that is so.

It could be that higher criticism is wrong, false, and bad news while creed and dogma is right, true and good news. I doubt it.

It could be that higher criticism isn't sexy and doesn't put butts in the seats. I am not so sure. The success of books by Marcus Borg, Dominic Crossan, Elaine Pagels et al, have shown that there is a hunger for higher criticism among many folks (albeit among many who have left the church).

I think the real reason that most preachers have not embraced higher criticism (or if they have embraced it have remained silent about it) is that they are afraid of the Elmer Gantrys among us. For good reason. These guys are slick and loud and they will ruin your career the first chance they get.

More than that, we preachers know that the church really does shower the showman rather than the thinker with praise and opportunity. Hey, I am a showman. I have learned. I see a lot of Elmer Gantry in myself. But I am also a higher critic. There are few churches that will reward higher criticism and stick with you when the waters get rough. These churches exist but they are few.

For my nearly sixteen years in the pulpit here is free (and you know what that's worth) advice for seminarians. If you liked higher criticism in seminary, think carefully before you become ordained as a minister in a church. We need you. But don't be naive. You need to be wise as well as smart. Read Elmer Gantry and pay attention to the character, Frank Shaller. Do you want to end up like him?

Here is how Lewis finishes Shaller:

The doctors told him that though the right eye was gone completely, he might not entirely lose the sight of the other for perhaps a year.

Bess did not shriek when she saw him; she only stood with her hands shaky at her breast.

She seemed to hesitate before kissing what had been his mouth. But she spoke cheerfully:

"Don't you worry about a single thing. I'll get a job that'll keep us going. I've already seen the general secretary at the C. O. S. And isn't it nice that the kiddies are old enough now to read aloud to you."