Why Gaza? Why now? It could be that Israel is using Gaza as batting practice for an upcoming war with Iran. The Israelis are trying out their new bunker buster toys to prepare for the big game against Iran's underground nukes. H/T Mainstream Baptist


The Israel Air Force used a new bunker-buster missile that it received recently from the United States in strikes against Hamas targets in the Gaza Strip on Saturday, The Jerusalem Post learned on Sunday [last week].

The missile, called GBU-39, was developed in recent years by the US as a small-diameter bomb for low-cost, high-precision and low collateral damage strikes. Israel received approval from Congress to purchase 1,000 units in September and defense officials said on Sunday that the first shipment had arrived earlier this month and was used successfully in penetrating underground Kassam launchers in the Gaza Strip during the heavy aerial bombardment of Hamas infrastructure on Saturday. It was also used in Sunday's bombing of tunnels in Rafah.

Initial reaction to the stunning reversal by the US Defense Department to go ahead and provide Israel with its number one request in weapons procurement has been mixed. Many look at the size of the bomb and dismiss it for the Iran mission, however as shown below the exact opposite is indeed the case. 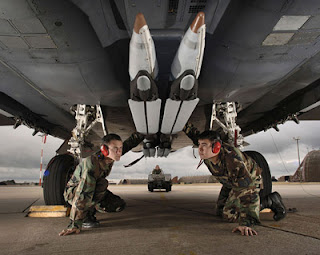 In actuality, the Boeing designed SDB / GBU-39 is precisely what Israel needs should it undertake a dangerous Iranian mission.

Ever get the feeling we are all just being played?