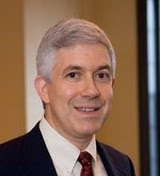 I was pleased to find this article on the More Light Presbyterians web page. Dr. William Stacy Johnson of my old school, Princeton Theological Seminary, has published a book in support of gay marriage! The book is entitled, 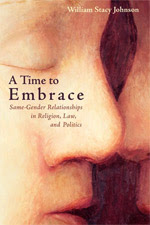 A Time to Embrace: Same Gender Relationships in Religion, Law, and Politics.


Dr. Johnson served on the recent Theological Task Force. I wrote an article regarding their recommendations to the last General Assembly. I didn't like them. I wanted the GA then (and I still want) to remove what I believe are prejudicial and discriminatory policies.

However, I did admire the the views of the individual task force members and their willingness to come to some sort of unanimous decision. I am pleased that some of the members, like Johnson, are now coming out with their convictions.

To get an idea of Johnson's viewpoint, the Presbyterian Outlook published an article in 2005. If you click the More Light article you will find Johnson's six possible ways for the church to respond to gay and lesbian Christians. He begins with an example of

"...one particular type of person – a gay or lesbian whose sexual identity is firmly established, who is a baptized member in good standing of a Christian congregation, and who is involved in an exclusive, committed relationship with a partner. Where does that person fit, Johnson asked the task force, into “the grand gospel drama?”

Below are six ways of answering that question. The summaries of each view are posted. But do read the whole article for their descriptions.

CREATION: Homosexuality is a perversion of God’s intent.
REPENTANCE: Repent of being gay.
REDEMPTION: Return to the true heterosexual nature or abstain.

2) Welcoming but not Affirming

CREATION: Homosexuality is a tragedy, not a perversion.
REPENTANCE: Repent of acting gay.
REDEMPTION: Stoic acceptance of one’s faith through abstinence.

CREATION: Homosexuality is sinful, one of many sinful conditions.
REPENTANCE: Repent of singling out homosexuality and ignoring other sins.
REDEMPTION: Create a world in which difference no longer makes a difference.

4) It's Really a Pastoral Issue

CREATION: Homosexual orientation is morally ambiguous.
RECONCILIATION: Gay and lesbian relationships, while disobedient to Scripture in form, may actually be obedient in substance. Heterosexual relationships are imperfect too.
REDEMPTION: Exclusive, committed same-sex partnerships are better than promiscuity.

CREATION: Homosexuality is a fact of nature to be regarded as good.
RECONCILIATION: Gays and lesbians need to be reconciled to the goodness of their homosexual orientation.
REDEMPTION: One's sexuality is to be celebrated as God's good gift.

CREATION: Homosexuality is a fact of nature not to be condemned, but is also ambiguous and needs to be rightly ordered.
RECONCILIATION: Sin does not reside in orientation but in whether one rightly orders one’s life. Our relationships are a means of grace.
REDEMPTION: One’s sexuality is to be consecrated through an exclusive, committed covenant -- blessed by the church. People, not sexuality, are the objects of our celebration.

Near the end, Johnson suggested that the task force consider the metaphor of a card game – with homosexuality being dealt as the joker. The prohibitionists would discard the homosexuality card. The definitive guidance players would hide it. The justice folks would see it as “just another card in the game.” The pastoral folks would want all the other players in the game to help the person who drew the card. The celebrationists would consider it to be a very good card. And the consecrationists would find a way consecrate the card within the game itself.