I have been busy as the secretary of Jesus working out his calendar (you know to plan his big events and appearances). I thought I would let you know that he plans to return to Earth in the clouds to gather the faithful on July 7, 2007 at 7 am and 7 minutes and 7 seconds Jerusalem time. 07/07/07 and 07:07:07. It will be a great day. So make your plans. Do all the things you want to do before the rapture and be sure and get saved on July 6th. Nasty stuff for those Left Behind. 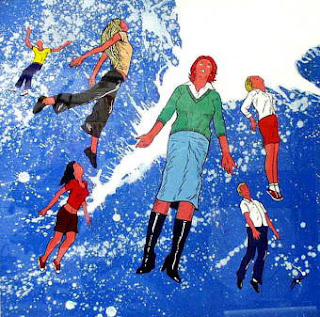 Here is an interesting article from the Christian Science Monitor that suggests that 59% of Americans believe that "the events in the Bible book of Revelation will occur in the future."

But that isn't all. According to the Christian Post, one in four Americans believe the party will begin in 2007. That's right! Twenty-five percent of Americans think that Jesus is returning in 2007!

One in four Americans anticipates the second coming of Christ in 2007. This is one several predictions made by Americans in a recent poll for the new year.

A poll by Ipsos, an international polling firm, found that 11 percent of respondents said it is "very likely" that Jesus will return to Earth this year and 14 percent said it was "somewhat likely."

Among white evangelical Christians, 46 percent said it's at least somewhat likely that Jesus will return in 2007 compared to 17 percent of Catholics and 10 percent of those with no religion. (Read More)

So Jesus and I thought, why disappoint them? So we've decided (this is from direct revelation so it cannot be questioned) that July 7th would be a fine day. Now make sure you don't get confused regarding the time zones. Jerusalem is seven hours ahead of us in East Tennessee (Eastern Time) and ten hours of our friends in California. So make sure you are one with our Lord by midnight EST (which will give you seven minutes and seven seconds leeway--just enough time to freshen up).

Here is another prediction. I bet the guy with the green head will be one of the first to comment on this post!