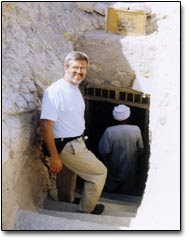 The word gnosticism has entered popular culture thanks to the Da Vinci Code and books by scholars (Elaine Pagels, Marvin Meyer, and others) who can write at the popular level. 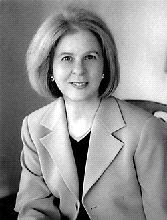 Gnostic comes from the word gnosis which means knowing or knowledge. A gnostic should not be confused with agnostic (one who says God is unknowable). But what exactly is a gnostic or what is gnosticism? 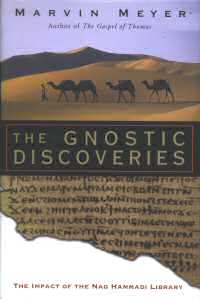 A good place to begin is with Marvin Meyer and his book, The Gnostic Discoveries: The Impact of the Nag Hammadi Library. It is an excellent, accessible introduction to the discoveries of texts that date to the early centuries of the church. You can find other works at The Gnostic Society Bookstore.


The most important discovery was near Nag Hammadi, Egypt. A man by the name of Muhammad Ali was looking for fertilizer for fuel and stumbled upon a clay jar that contained several codices or books of manuscripts. This accidental (or providential) find has changed the way we look at early Christianity. Included in this find were the Gospel of Thomas, The Secret Book of John, The Gospel of Truth, The Treatise on the Resurrection (which I wrote about recently), and many others all written in the Egyptian language of Coptic. These texts are sometimes dialogues with Jesus, or texts about Jesus that are in some ways familiar with the New Testament and other ways quite different. You can read all of these on-line!

Check out Early Christian Writings. Also check out this list of Nag Hammadi and other gnostic texts.

The writings found in 1945 are not all the same. They are different and cannot all be termed "gnostic" whatever that means. Prior to this find, we only knew about gnostics by other early Christian writers who didn't like them and who called them heretics. Now, we have their words. So we have better understanding of the diversity of gnosticism and early Christianity itself.

Karen King has written an important work, What is Gnosticism? She makes a persuasive case that gnosticism is a lumping term for all heresies who have too much Greek in their Jesus. To call someone a gnostic may be similar to to the way some Christians today use terms like "cult" or "pagan" or "non-believer" to describe others who are not us. King suggests that we not use the term at all.


Marvin Meyer says there is still some use for the term. He offers a definition of gnostic religion based on the themes of the Secret Book of John:

Gnostic religion is a religious tradition that emphasizes the primary place of gnosis, or mystical knowledge, understood through aspects of wisdom, often personified wisdom, presented in creation stories, particularly stories based on the Genesis accounts, and interpreted by means of a variety of religious and philosophical traditions, including Platonism, in order to proclaim a radically enlightened way and life of knowledge. (p. 42 The Gnostic Discoveries)

Gnosticism is a word thrown about without much thought or understanding. Now that we have the texts, you can make your own decisions!
Posted by John Shuck at 5/01/2007 11:08:00 AM