Tomorrow the nation celebrates the legacy and witness of Rev. Dr. Martin Luther King, Jr. Rev. King spoke boldly about the waste of human life and resources in Vietnam. We are wasting lives and resources in Iraq. Tomorrow, Monday, January 15th at noon, in Johnson City, TN, there will be a peaceful protest against the Iraq War. All concerned Americans are invited to peacefully express opposition to the misuse of our troops. The protest will take place at the corner of North Roan Street and Mountcastle near the Johnson City Mall. The protest is pro-troops but anti-war. 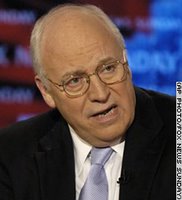 Today, CNN quoted vice president Dick Cheney: "He's the guy who's got to decide how to use the force and where to deploy the force," Cheney said of President Bush.

According to a CNN poll two-thirds of Americans disagree with the decider. Perhaps the president doesn't hear us. Perhaps it is time for Americans to speak out so he does hear.

Cheney also mentioned Iran: "Iran is fishing in troubled waters inside Iraq." I wonder if Bush and Cheney are on a fishing trip as well in order to goad Iran into war.

Cheney said you can't run a war by committee. That may be true, but if the American people convinced their congresspeople to stop, if we engage in peaceful protests, if we wake up and demand truth about why we are in Iraq in the first place, the decider will be unable to decide on our behalf. Bush is banking on an apathetic populace. Will apathy and silence be our final answer?