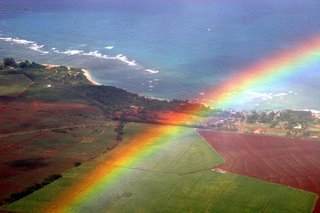 On this blog I have been attempting to work out my own theology for the twenty-first century. On the right of this blog you will find the categories, Preliminaries, Context, Creation, and God. I am still working on God! In a previous post, What Color is God?, I approach the question of God from a variety of contexts. The idea is that while we may think of God as beyond all images, nevertheless we are constantly describing and approaching this mystery from our human experience.

In the Book of Genesis, the writers tell us that humankind is created in the image of God. If we wish to see a reflection of God, we look at humankind. What does that mean? I will leave the question unanswered. I do know that my prejudices tend to color God in a way that is limited to my experience. Therefore, my ethics and experiences are shaped by my image of God. As a Christian Protestant, the image of God has largely reflected patriarchal and Europeon culture. To put it somewhat flippantly, God is a white guy in the sky. As theologian Mary Daly put it 35 years ago, "When God becomes male, the male becomes God."

If we are open to the experiences of others, we might appreciate another aspect of God to which we have been color blind so to speak. As we begin to uncover our own prejudices which are mostly unconscious, we can open ourselves more fully to the Divine life as well as discover more deeply the image of God in others and in the whole of Creation.

Some of these prejudices that serve to bleach out the spectrum of God include racism, sexism, classicism, and heterosexism. We are also recognizing that Earth itself reflects the divine image. I have written that God is Black, Woman, Red, and Green, to remind myself and perhaps others that the Church needs to take seriously the human experience of those whose voices have been muted and victimized by the Church's prejudices. Also, as we become aware of the Earth's story, its evolutionary history as well as the interconnectedness of our home and all of life, we might appreciate that God is within all rather than apart from all. Earth itself has suffered from a theology that either regards it as a place from which we need escape or a natural resource that humans should exploit.

Today I suggest that God is Lavender. The Church has not been aware of its prejudices and its fear of sexuality. The notion that sexuality is the vehicle for the spread of original sin has done a great deal of harm to women and to men. Guilt and shame over sexual feelings, the repression of women and of female imagery for God, sexual abuse and violence, and the scapegoating of gays and lesbians are all the result of the repression of eros. Because we lack a healthy sense of our sexuality we regard it as something to fear, to control, and at best, as a necessary evil.

Today, the churches are split over, supposedly, homosexuality. We debate endlessly whether or not homosexuality or homosexual "practice" is a sin. Passages from the Bible are launched like missiles at homosexual persons. Others think that the issue is biblical or church authority. I think the real issue is our inability to speak openly about sexuality and sexual ethics. Because we have been unable to speak about sexuality in all of its complexity as both a biological drive and as an expression of the Divine image, we are ashamed of our sexuality, repress or deny it, and then become "sex-obsessed" by projecting it negatively on others, and acting out our sexuality in a way that harms others and ourselves.

Our best teachers regarding this may be those who have suffered most from this negative projection, namely gay, lesbian, bisexual, intersex, and transgender persons. (Rather than go through the alphabet soup, glibt, I will simply use the term gay as a shorthand for all sexual and gender minorities. I hope you will forgive me for doing that). I am honored, humbled, and grateful to gay people who despite so many obstacles in our society and condemnation by the church, have discovered their sexuality as a good gift of God and have told their stories. Their stories have enabled both gay and straight people to talk about sexuality and sexual ethics (eros for short). Thanks to you, courageous, beautiful gay people, for helping all of us appreciate that eros is an aspect of the Divine life and a reflection of the Divine image.

In a spirit of protecting my gay church members and readers of this blog, I have discouraged and in fact eliminated comments that promoted so-called change ministries and other anti-gay rhetoric. It is hard to figure these things out when you are a blogger. Since I have opened up the discussion, comment how you feel, but be nice!
Posted by John Shuck at 1/25/2007 09:31:00 AM