I just found out about this organization, The Committee for the Scientfic Examination of Religion (CSER), which will be holding a conference next weekend at UC Davis. You can read about the conference here. James Tabor at UNC-Charlotte sent me an e-mail about it and his new book, The Jesus Dynasty: A New Historical Investigation of Jesus, His Royal Family, and the Birth of Christianity (2006).

I will check that out further. James Crossley has been talking about this on his blog Earliest Christian History. Crossley is the author of Why Christianity Happened, a book published by the Presbyterian Publishing Corporation. I referred to that book on an earlier post. 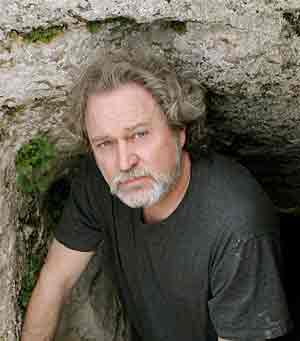 Back to James Tabor. His blog is entitled The Jesus Dynasty Blog and he speaks about the conference on this post.


The conference entitled “Scripture and Skepticism” (University of California at Davis, 25-28 January 2007) was called to consider comparative approaches to sacred scripture in the three book religions—Judaism, Christianity, and Islam. The conference is also a frank acknowledgement that the historical-critical method, which has enormously enlarged our understanding of the origins and development of biblical and koranic materials, needs to be asserted and defended in every generation.

At the conclusion of the three-day conference, Dr R. Joseph Hoffmann, the current head of CSER (Committee for the Scientific Examination of Religion, the sponsoring organization) will announce plans for a new venture called the “Jesus Project.” The emphasis of the new project is to examine the shreds of tradition which bear on the historicity—the historical existence–of Jesus of Nazareth. The Jesus Project is not “a successor” to the Jesus Seminar. The ambitious work of the Westar Institute winds on. The Jesus Project does however acknowledge a certain incompleteness in the work of the JS, since, inevitably, when the sayings of Jesus have been pared down to just under twenty, or some 18%, of those attributed to him in the canonical gospels, questions inevitably arise not just about the fate of the others, but the historicity of the man himself. The Jesus Project is funded entirely by the Committee for the Scientific Examination of Religion, its affiliates, and private donors.

It should be stressed that the JP, contrary to some advance media speculation, is not an attempt to disprove the historical Jesus. By he same token, its goal is not to create a historically plausible figure from the bits of evidence available, but rather to assess the nature and weight of the evidence itself. Attempts in the 19th and twentieth century to discredit all elements of the gospel record were pronounced a failure, though largely by a theologically driven method of inquiry. The JP will solicit the skills of New Testament scholars, historians, and social scientists in its deliberations. It acknowledges the bias and partiality of previous efforts to address this question, but regards the question as significant and deserving of greater attention than has been given it in previous decades. The proliferation of new theories of the non-historicity of Jesus, whatever their merits, and defenses of the historical Jesus whatever their weaknesses, make this an important area of investigation in the new millennium.

CSER wishes to stress that the members of the seminar will be selected by a vetting process, to be published in the form of announcements to universities, colleges and seminaries in March 2007. The davis conference does not constitute a session of the Project and speakers at this CSER conference have no formal connection to the Project.

The Seminar will meet twice a year—once in Amherst New York, and in Los Angeles California. Other venues may be announced as its work progresses and its conclusions are documented.

For further information, or to be considered as a project associate, please contact the Project administrator, Gwyneth MacRae.