The IRD, You, and Me

Politics has always been a part of church life. Anyone who has ever served on a committee or the board of their local congregation knows this. The letters of Paul and psuedo-Paul in the New Testament display the political struggles of the early church. It should be no surprise that politics is part of church life today.

Political battles for control and direction of mainline denominations are especially heated at this time. Most of us in the church do not like politics that much, so we tend not to get involved and trust that good decisions will be made by our elected leaders. I think that is a good attitude to have.

In addition to being gentle as doves, it is important to be wise as serpents, said Jesus. Part of being wise is to know the players. One of the big players in the Presbyterian Church (USA), the United Methodist Church, and the Episcopal Church (USA) is an organization called The Institute on Relgion and Democracy or IRD. This organization has three prongs, one for each denomination, a staff, and a magazine. I encourage you to browse their webpage.

Their mission as stated on their masthead is "Reforming the Church's Social and Political Witness." Staff members send out press releases and are interviewed in the media in order to influence the direction of the church. IRD in the Media on their webpage is a good place to browse to see what they have been doing. There is nothing wrong with that. I am a dues paying member of both the Witherspoon Society and More Light Presbyterians that engage in similar activities.

One difference between the IRD and these other organizations is scale. The IRD is incredibly well-funded. Much of the funding comes from conservative political organizations. Media Transparency provides a list here. Of course for 25 bucks you can become a member and help them out. Consider that a free plug.

After perusing IRD's web page you might be interested in a few on-line articles and blogs that are critical of the IRD. 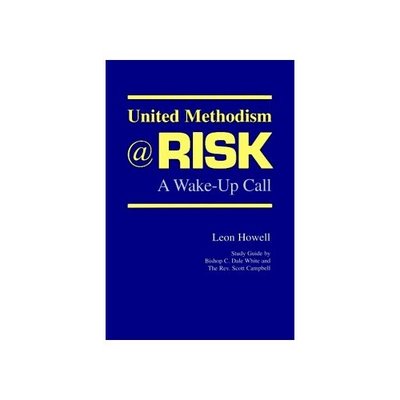 A book of interest is by Leon Howell: United Methodism at Risk: A Wake Up Call

One target of the IRD is the Presbyterian Publishing Corporation. I wrote about this yesterday Banning Books for Jesus. Griffin's book notwithstanding, the IRD is interested in seeking to pressure the publishing house so it only publishes books that meet its narrow ideological criteria, or failing that to disassociate the PPC from the denomination.

James Crossley on his blog Earliest Christian History provides a helpful response to why the PPC published his book. He writes:

I'll fairly predictably leave Griffin's book to one side and mention my own and defend a religious publisher for publishing something like this. The reason why is that this is an academic discipline and publishers like WHJ engage with an academic audeince. Therefore, I don't see why they should also publish material that would run contrary to the beliefs of a certain type of religious person. Think of the opposite: secular publishers publish religious and faith based books and quite right too. I know they are supposed to be more open in one sense but if a (say) reformed publisher did not do this then they are effectively damned in the academic world by closing down one side of the debate, not only in academic terms but for their own apparent audience. Do religious folk really need to be sheltered from non-religious views? Are they really that fragile? Unlikely. I interact with such people all the time and they are only too happy to tell me where I go wrong and good for them. And clearly given the amount of books dealing with non-religious or liberal people at least some presumably don't want to avoid alternative views. I could understand more if it was a publisher trying to get a minority view heard but the evangelical or reformed or whatever have a solid base and need not worry.

Finally, yesterday Rev. Berkley responded to my blog and wrote that I was un-Christian towards him. I looked over my entry again, and I see that he was correct. I apologize for my sarcastic tone and for the particular phrasing I used that he enumerated. It was inappropriate. I have nothing against Rev. Berkley personally, in fact, I do not even know him. Rev. Berkely, if you are reading this, I hope you will accept my apology. You are my brother in Christ.

I do, however, have strong criticisms toward the organization for which he works and that organization's goals. I will in the future seek to focus my comments on the issues so as not to offend individuals.