We are so sorry, Mr. Darwin

The Church of England has apologized to Charles Darwin. This is from the Telegraph:

The Church of England will concede in a statement that it was over-defensive and over-emotional in dismissing Darwin's ideas. It will call "anti-evolutionary fervour" an "indictment" on the Church".

The bold move is certain to dismay sections of the Church that believe in creationism and regard Darwin's views as directly opposed to traditional Christian teaching.

The apology, which has been written by the Rev Dr Malcolm Brown, the Church's director of mission and public affairs, says that Christians, in their response to Darwin's theory of natural selection, repeated the mistakes they made in doubting Galileo's astronomy in the 17th century. 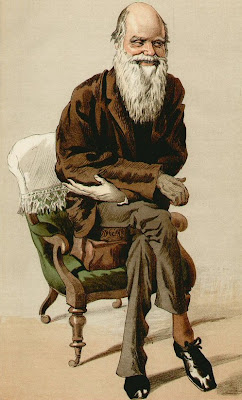 It has been reported that Charles Darwin upon hearing the news spent the day gloating in heaven and playing this song by Brenda Lee over and over again.