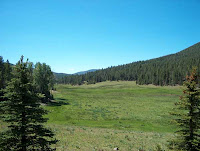 It was the summer of 1968. Big things were happening. The Doors and Hendrix were playing, to my delight, along with the Loving Spoonful and James Brown. The Beatles had come out with their Sergeant Pepper album the year before. It was a musical wonderland.

I had a girl friend. I met her in church! But she wasn’t the important thing happening in the summer. That summer I not only went to Boy Scout camp, I also went on a backpacking trip out of a Presbyterian Church camp. It changed my life.

There was another backpacker in the group from inner city . You have to understand and the suburbs like where I grew up. In 1965 there were riots in . All the talk in among the white folk was that they were going to do if those from tried to expand the riot to . Little did we know that the riot started because someone was setting off firecrackers and someone else thought it was gunfire and the National Guard was called in. The National Guard had no experience at urban peacemaking so they shot when they felt they were in danger. They thought they were in danger a lot and a lot of people got killed for no reason.

So we all were afraid of and people from , particularly black people from . But here was this black guy from inner city , a great guy. I didn’t think about riots or anything. He was just another person on the hike. And when you go backpacking you get to know the people around you really well. We became friends.

On the way back from camp we stopped at my grandparent’s house for dinner. My grandmother went into one of her regular rants about those coloreds on welfare who had babies so they could get more money. I spoke up and told my Grandmother that she was wrong, that I had just met this great guy from . Now no one ever told my Grandmother she was wrong. It just wasn’t done, even by my Grandfather. I got in trouble and went for a walk, praying. I loved my Grandmother but she was clearly wrong.

Later that summer I watched the Democratic National Convention. At this point I was vaguely against the war. I didn’t care much for the Kennedys but I thought Eugene McCarthy was great. Then I saw the Democratic Convention manipulated by the powers. I watched the police riot. All of a sudden I didn’t understand . I caught up on my history by reviewing the Civil Rights movement. For me all of these things became issues of faith. I got involved in the antiwar movement, to my Father’s horror. We argued about the war and he left the room crying because he remembered that after WWII Russian troops were forced onto trains at bayonet point to be sent back to and from there to . It wasn’t a good conversation. (Later Dad changed his mind and said he would now pay for us to go to if we had to.)

In the spring of 1969 I became an Eagle Scout. I went off to Philmont Scout Ranch in , the farthest I had ever been away from home. Before that the farthest I’d been from home was when Dad and I were looking at colleges. And something happened at Philmont.

At Philmont you go backpacking for ten days. To the uninitiated this sounds terrible. To those of us who go camping it was a delight. About three or four days into the hike we had an afternoon off and a group of us decided to climb a nearby mesa. It was raining, but not hard. At the top of the mesa there was an abandoned ranch. The other guys went off. I sat down underneath a tree to think.

I probably fell asleep. But asleep or not I knew God had spoken to me and told me to be a minister. Personally I thought God was crazy. But I couldn’t get it out of my head and I kept thinking about how to go about being a minister. I had this weird idea in my head of getting a motorcycle and going around the country preaching. Fortunately I didn’t do that. By the way, I hated speaking in public.

If you have never been in it is worth the trip. The mountains are absolutely beautiful! The deer come down to the salt licks on the mountain meadows in the morning. The bears want your food. And also worth a look is Ghost Ranch, a Presbyterian conference center. It is set at the base of a massive bluff. And when you sit on the front porch you can see a mountain 60 miles away. The air is so clear it looks like you could reach out and touch that mountain.

Anyway I got home and didn’t tell anyone about my experience on the mesa.

While I was away Mom and Dad had been out of town. My greeting when I got home was the news we were moving to .

I broke up with my girlfriend, breaking her heart. I got more involved in the anti-war movement. I went to school and church. I went to a Session meeting at my church to ask if we could collect money after church for the American Friends Service Committee to help people who had had limbs blown off in the war. One of the elders complained that this would give aid and comfort to the enemy. The pastor spoke about loving your enemy. The Session voted to allow us to collect the money. And at the end of January, 1970, in the middle of my senior year in high school we moved to .

Some of you like John may be too young to remember 1970. It was a mess. There were riots on college campuses. There were sit-ins and demonstrations against the war. And drugs were really, really big. So I had a problem at my new high school. Everyone knew that no one moved in the middle of their senior year in high school. The sports crowd didn’t hang around with me, (hey, there were 2,000 students in the high school!) And the druggies didn’t trust me. I was against the war and the anti war people didn’t trust me. The word on campus was that I was a narc.

I went to church. This congregation had something my old church didn’t have. It had a youth group. I went to the youth group and they accepted me. I guess they figured if you showed up at church with people who looked like parents you probably weren’t a police officer.

This youth group was special. We talked about things going on in our lives. We sang together, we prayed together, we went on CROP walks together; we went to the beach together. I’m sure they weren’t perfect but the accepted me. It was my first experience of what the Church is meant to be: a non-judgmental group of people who simply love you because of Jesus. I loved it.

Not that it changed my behavior. I was still against the war. I hadn’t had a drink yet in my whole life but I started smoking dope.

Oh, and I didn’t mention that I had been accepted and enrolled in a college in . With all the crazy things going on in colleges in I figured was a nice safe place. Then happened. And in September I flew off to to go to college.