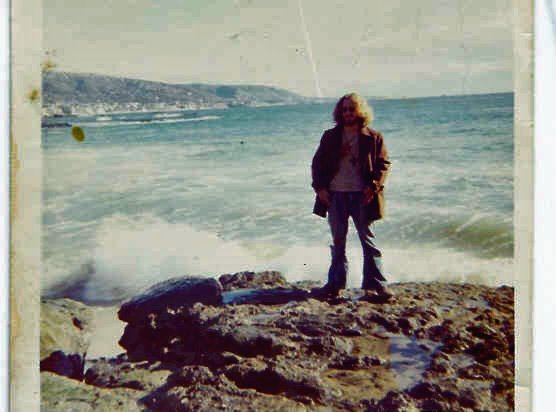 First, I finally found the picture of me with really long hair and a beard. Here it is!

Sin. I had to get around to it sooner or later. And after talking about the image of God I figured now was a good time. I think the two need to be talked about and heard together. C. S. Lewis says something about humans that I think describes the relationship between being created in the image of God and sin perfectly: "'You come of the Lord Adam and the Lady Eve,' said Aslan.' And that is both honor enough to erect the head of the poorest beggar, and shame enough to bow the shoulders of the greatest emperor in earth.'"[1] (Prince Caspian)

There are probably many more aspects to sin than two but I will highlight two: individual sin and inherited sin.

In response to my last blog societyvs pointed out that in some societies the idea of the individual is difficult to understand. The members of those societies see themselves primarily as members of the group. We in see ourselves primarily as individuals. I think one could make a case that the Bible sees humans first as part of the whole of humanity and then part of a nation or tribe and lastly as individuals. I think both of these views as necessary.

Curiously in the early 1800’s Christians in had this very debate. Traditional Calvinists argued for original sin, that sin was inherited from the original humans. Members of a school of thought from Yale, (named after Samuel Hopkins) argued that sin was rather “an accumulation of actions rather than primarily a state of being issuing in evil deeds.”[2] (Actually these were the thoughts of Jonathan Edwards Jr. and Timothy Dwight.)

Now clearly science throws a wrench into all theological statements about sin. If we believe that humans evolved from other species, (I hate saying lesser species), then when or how did sin come into the world through the actions of some humans? Even more important, it seems that life on earth evolved in such a way that species were and are always in competition. Forget animals and insects, species of trees compete for space in the forest! So is intraspecies competition, (human against human), sinful while interspecies competition not? Or as John keeps telling us, and rightly so, because humans have the power is it sinful for humans to use other species as resources for our own gain?

Some try and explain the problem with Process Theology. God is in the process of moving creation towards perfection and God is not all powerful so God kind of nudges creation toward perfection. I find Process Theology an unpalatable answer. Part of my reaction is emotional. I want a God I can depend upon, not a God who may or may not bring in perfection. And, as we have discussed before, I see the Bible as an Authority, properly interpreted.

So that brings us to the beginning of Genesis. The second creation story tells us about a man named Man and a woman named Woman, (whose name the Man later changed to Eve, mother of all living). I do not take this story literally. I would use the word “legend” to describe it. Hebrews looked at the world and saw good and evil, particularly evil done by humans. They wrote a story to explain how evil came into the world. I don’t think the story is a literal description of how God created the world in general and humans in particular, although some of it is poetically beautiful, like the creation of Woman as both the same and different from Man. Neither do I think the description of how humans brought evil into the world is literally true. But I do think there is a deeper truth in the story. Human sin is primarily the attempt by humans to take the place of God, to set their own law in the place of God’s Law. The story tells of the attempt by humans to become autonomous, that is to become a law unto themselves. This attempt not only breaks the relationship between God and humans, it also breaks the relationship between humans. We see one consequence of sin in the attempt of the man to rule over the woman, in effect to say that women are less than men. But we also see as we go on in the story that humans move from simple disobedience to God, to blaming the other to murder! Human sin grows geometrically.

I think there is another truth in this story, one that will be roundly disputed: that humans brought sin into the world and somehow we communicate this disease we call sin from generation to generation, almost as if it is a genetic disease. Thus sin is something we all inherit.

So much for the collective or the community. Sin is also individual. I sin. I get lazy and don’t do what I promised my wife I would do until she finally goes out and does it herself. I get frustrated with members of my congregation, (as if I am perfect and they are not!). I watch the leaves turn color and marvel at the beauty but don’t stop to thank God for the wonders of creation and the regularity that God has placed in creation. And the list goes on. Like the Man in Genesis 3, I want to blame someone else for my sin, (my parents, my wife, anyone but me!), but I am responsible for what I do and for what I fail to do. And I see others sin too. In fact it is much easier for me to see the sins of others than it is to see my own sin!

Which brings us to another aspect of sin. I may get drunk and have an accident and kill someone. That is my sin. But there is also collective or corporate sin. We fail to elect governmental officials who seek to bring true justice. We elect presidents who send American troops into or some other land failing to understand the complexity of the situation and bringing death and destruction to people who only want to be left alone. Corporations cut the tops of mountains off to get at the coal underneath and so destroy God’s good creation. And many of us profit, sometimes unknowingly, from this corporate sin. We sin as individuals and we sin as groups.

I believe in original sin and individual sin.