I thought I would give you a little tour of Heaven today so you can know what to expect if you get raptured just four days from now! By the way, if you have just found this blog, look to the right for the rapture reports in order. 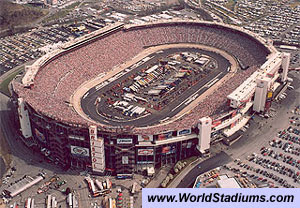 Heaven is designed much like the Bristol Motor Speedway in Bristol, Tennessee. 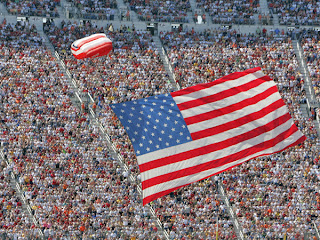 That is important since only 144,000 will be raptured. Did I mention that? More on that later. First, here is what will happen on Your First Day in Heaven. That song is fairly accurate. To hear a snippet of it sung, check here. The tables are being set in the racing area for the banquet. Then the righteous will take their seats for the main entertainment of the day--a race! Except in Heaven we don't race those smelly gas guzzlers. 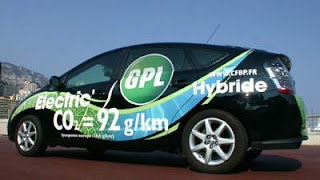 The Toyota Prius is the race car of choice.

It isn't just about winning the race. Four weighted averages are calculated:


Jesus himself will wave the flag to start the race! After watching 500 laps of putting Prius's, it will time to mingle, meet the saints and begin to make plans for conquering the antichrist.

Then I looked, and there was the Lamb, standing on Mount Zion! And with him were one hundred and forty-four thousand who had his name and his Father’s name written on their foreheads. And I heard a voice from heaven like the sound of many waters and like the sound of loud thunder; the voice I heard was like the sound of harpists playing on their harps, and they sing a new song before the throne and before the four living creatures and before the elders. No one could learn that song except the one hundred forty-four thousand who have been redeemed from the earth. It is these who have not defiled themselves with women, for they are virgins; these follow the Lamb wherever he goes. They have been redeemed from humankind as first fruits for God and the Lamb, and in their mouth no lie was found; they are blameless. Revelation 14:1-5

III. By the decree of God, for the manifestation of His glory, some men and angels are predestinated unto everlasting life; and others foreordained to everlasting death.

IV. These angels and men, thus predestinated, and foreordained, are particularly and unchangeably designed, and their number so certain and definite, that it cannot be either increased or diminished.

V. Those of mankind that are predestinated unto life, God, before the foundation of the world was laid, according to His eternal and immutable purpose, and the secret counsel and good pleasure of His will, has chosen, in Christ, unto everlasting glory, out of His mere free grace and love, without any foresight of faith, or good works, or perseverance in either of them, or any other thing in the creature, as conditions, or causes moving Him thereunto; and all to the praise of His glorious grace.

It is all fixed. It doesn't matter what you do. But if you don't make it, don't be a whiner. Yet it is worth a shot to say the Sinner's Prayer and really, really mean it. The reason for the relatively small number, 144,000, is that Jesus doesn't need any more than that to take care of the antichrist. More on that later!

Hope you are still excited about the Rapture! This Saturday! Don't miss it! Even though you probably will.