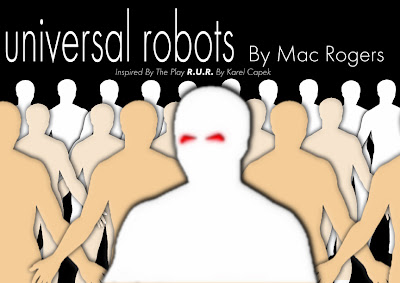 My lovely and I are going to be in New York, New York for Valentine's Day. We are going to see her younger sister in the play, Universal Robots.

Here is a synopsis:

The Great War has just ended. The fledgling Republic of Czechoslovakia, under its first elected President, boasts a thriving artistic and intellectual community. At the center of that community is Karel Capek, a celebrated playwright and a passionate advocate for all his newborn nation can achieve. But the brave new world arrives faster than Karel could have ever expected when a young woman walks into his life with a strange mannequin in a wheelchair… a mannequin that gets up and moves all by itself.

Universal Robots offers a compelling, alternate history of the Twentieth Century, imagining the invention of the robot in 1921 and chronicling the shocking consequences of that invention right up to the present day.

Part science fiction thriller, part love story, part political allegory, part redemptive tragedy and a fast-paced entertainment throughout, Universal Robots departs significantly from Capek's script, offering a meaty and riveting story of war, love, faith, art, and technology that culminates, in the words of NYTheatre's Martin Denton, in an "edge-of-your-seat finish equal to the best story-telling of stage or screen." 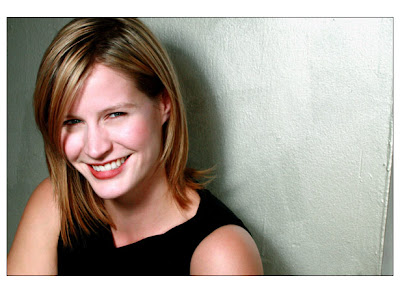 My wife's sister is Michelle O'Connor. Check out her web page.

"...O'Connor is something of a cross between Michelle Pfeiffer and Rod Serling." Jesterjournal

If you are a Broadway producer, you will want to get this actress, comedian, composer, playwright, and minstrel in one of your shows!

And if you are in NYC between February 12 through March 7 treat yourself to a play at the Manhattan Theatre Source.